Peace in Eritrea forced women back to the kitchen 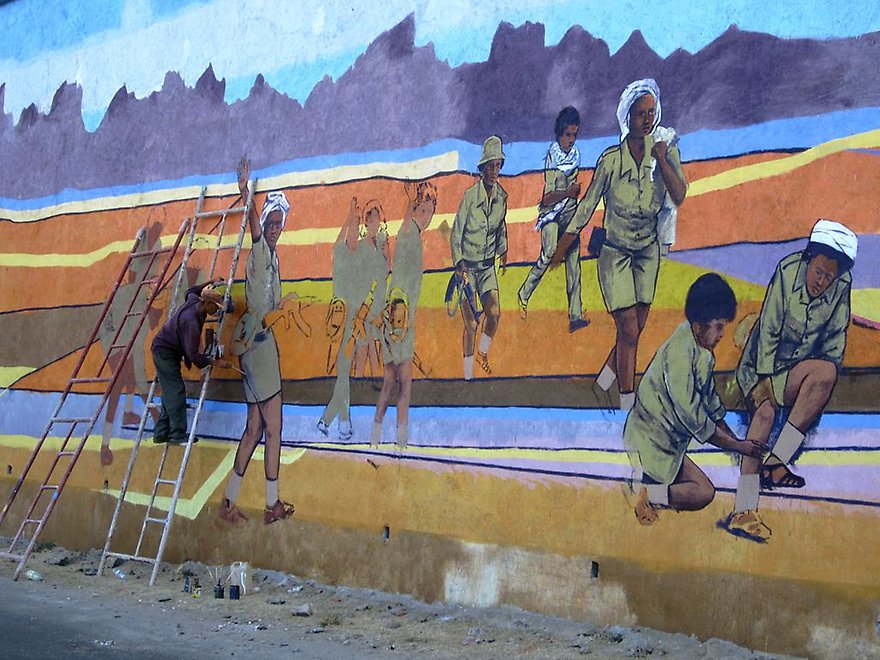 An artist prepares a patriotic mural by the road between Asmara and Keren. Photo: David Stanley, creative commons.

During the 30-year struggle for independence, Eritrean women took several steps towards achieving gender equality. However, progressive political ideas had become outdated by the time the long sought-after victory finally happened – and women had to go back to their traditional roles.

Between 1961 and 1991, women played a central role in the Eritrean war of independence. The Ethiopian army was 20 times stronger and much better equipped because it received support, first, from the US and, later, after the overthrow of Haile Selassie, from the USSR. In Eritrea, therefore, all human resources – men and women – had to be mobilised. 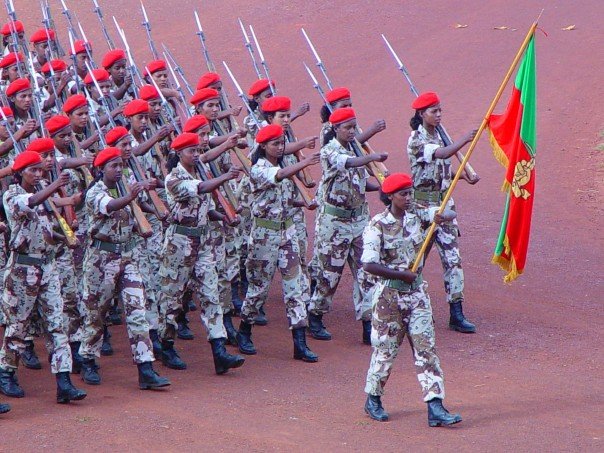 “One-third of the army were women, having the same duties as the men. Women were commanders, they drove tanks and they fought behind enemy lines. Men and women fought in the trenches together, they died and were buried together”, NAI researcher Redie Bereketeab explains.

Equality also came about because of the shared hardship. Everyone suffered more or less equally from poverty.

However, according to Bereketeab, gender equality during the independence struggle was not only a question of pragmatism. The liberation movement had an ideological belief in equality among all people, including women. 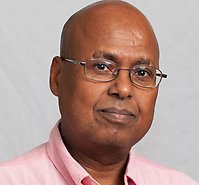 At that time, it was a global trend – in Africa as well as in Latin America and Asia. The Eritrean People´s Liberation Front viewed itself as part of an international progressive movement.

“Thus, the equal role of men and women was not just out of necessity but a sincere conviction. Women in Eritrea are still today greatly recognised for their part in the struggle”, Bereketeab notes.

Soon after the victory, however, the role of women went back to how it had been before. Eritrea’s independence in 1991 coincided with the end of the cold war and then what was labelled the death of ideologies. Subsequently, according to Bereketeab, many former liberation movements lost their ideological compass and, with it, the drive for equal rights for women.

Moreover, after the war, there was no longer the need for all the people enlisted. Women were the first to be demobilised.

But other forces were also at work, Bereketeab points out: old conservative structures in society that were against women´s participation became evident. It had been easier to lead a liberation movement based on ideological belief than it was to rule an entire country.

“And without the socialist ideology, social classes soon surged. Men at the top got wealthier, at the same time pushing the women out, making them take up traditional roles of taking care of children and households”, Bereketeab remarks.

Today, gender equality has been on the global agenda for two decades. Although leaders pledge their support for the idea, women in African countries are still far from having equal rights and opportunities.

“In many cases, I think African leaders are paying lip service to donors rather than really believing in gender equality. It was not like that during the liberation struggle – then it was a true and honest position of people in Eritrea”, Bereketeab concludes.

Gender equality in Ghana during liberation

Women played an important role in Ghana’s independence struggle. When in 1949 the Convention People’s Party (CPP), with Kwame Nkrumah as chairman, began its attempt to end British rule, a platform for women was included within the party.

As the struggle in Ghana was not a conventional war, as in Eritrea, political rallies and mobilising the people were central. Women toured the regions of the country and contributed to a newsletter. Four women were appointed as CPP propaganda secretaries.

After independence in 1957, President Nkrumah recognised women’s participation in the struggle. He appointed 10 women to parliament to secure Ghana’s education programme and draft gender equality legislation.

However, after Nkrumah was ousted in 1966, the new military leaders dismantled the gender equality programme. Even before the coup, according to Höjlund Madsen, the CPP had co-opted women´s issues in the name of development and the whole point was just to mobilise women voters. So, when the party was overthrown, it all ended.

“When Jerry Rawlings took power in the 1980s, gender equality was put on the table again. This time, however, the agenda was co-opted by Rawlings’ wife, Nana Konadu Agyeman Rawlings, who ran the national women’s movement like her own business and often working against other women’s groups. It was a classic case of first lady syndrome”, Höjlund Madsen explains.