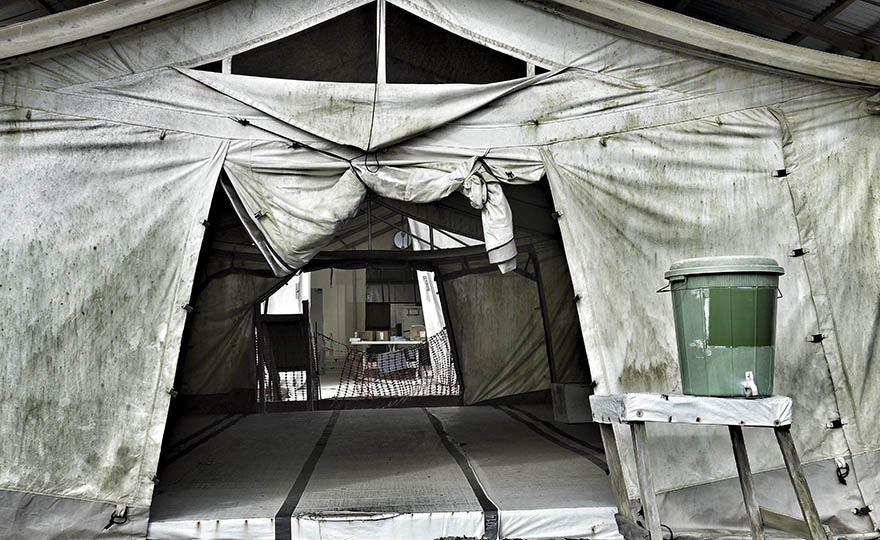 Closed down Ebola center, Monrovia 2016. The buckets with chlorine and water – in front of stores, restaurants and offices – are again a common sight in Monrovia as Liberians try contain the new coronavirus. Photo: Mats Utas

The emergence of a “people’s science” – epidemiological knowledge among ordinary people – played an important part in containing the Ebola epidemic in West Africa in 2015. Five years on, communities with experience of Ebola are likely to fare better than others as the coronavirus pandemic spreads across Africa, according to researcher Mats Utas.

Ebola is less a disease of poverty than a disease of ignorance, writes anthropologist Paul Richards in his book Ebola: How a People’s Science Helped End an Epidemic. Richards describes how growing knowledge among ordinary people about how to eliminate risks of contraction led to a rapid drop in mid-2015 in the number of cases of infection.

Mats Utas, then a senior researcher at NAI, recalls the bleak outlook when Ebola started to spread in West Point, a crowded informal settlement in Liberia’s capital Monrovia. Utas in September 2014 had been called in to assist Prof. Hans Rosling and a team of Swedish health aid experts in Liberia.

Once the virus had taken hold in West Point, the question of self-quarantining became urgent. But cramped living conditions, with many families sharing a single room, made it evident just how easily a virus could spread.

“We shook our heads asking, ‘How is this going to work?’”, says Utas, now a professor of anthropology at Uppsala University. 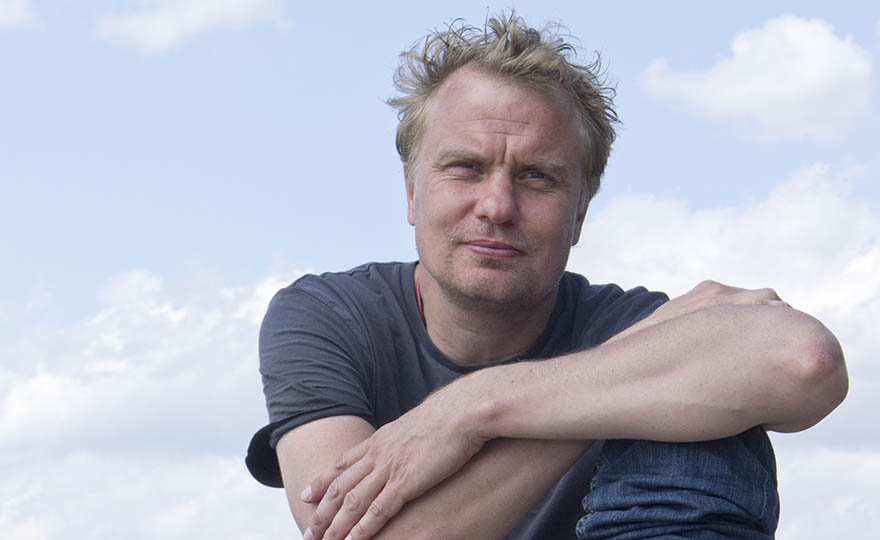 However, within a year the epidemic had been contained. People rapidly learnt how to cope with the deadly new infection. But although areas in parts of rural Liberia had experience from earlier viral haemorrhagic outbreaks similar to Ebola – for example, Lassa fever – urban communities such as West Point had to build their knowledge from scratch, Utas notes.

“People were incredibly inventive in finding ways to nurse the sick, to care for family members and neighbours. In the midst of panic, people started working together – social cohesion was strengthened”, Utas says.

There was no effective cure for Ebola, which meant that even at the most advanced hospitals palliative care consisted of little more than rehydration therapy and trying to relieve symptoms. The three countries mainly affected by the Ebola outbreak – Guinea, Liberia and Sierra Leone – were among the weakest health systems in the world. Home care by family members became an essential and functioning model for how to provide nursing while limiting the spread of the virus.

Initially, international health workers warned families against nursing their sick and preparing the bodies of the dead, as it was considered too dangerous. Eventually, they changed their approach and developed protocols for safe home nursing and body-handling. 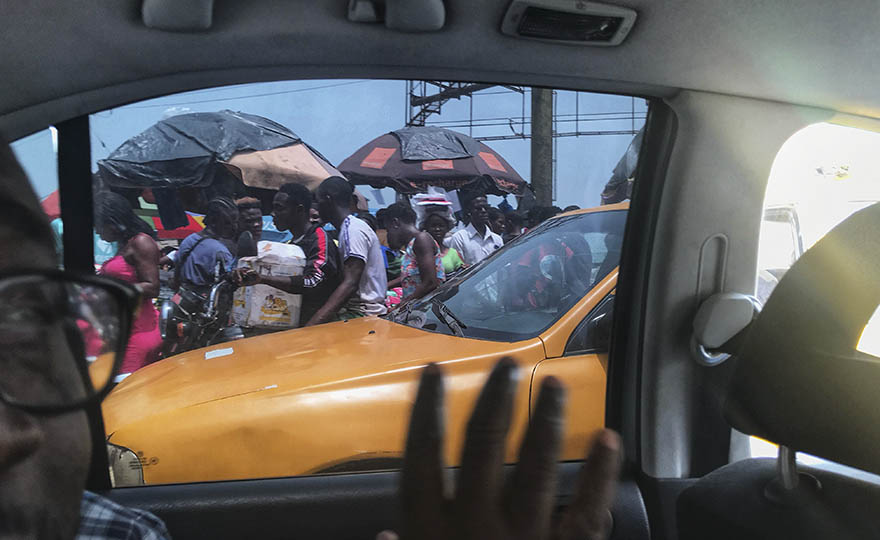 A busy street in Liberia's capital Monrovia. With experience of Ebola Liberia could fare better during the Covid-19 pandemic than other African countries. Photo: Mats Utas

The new coronavirus, Covid-19, like Ebola is categorised as a nosocomial disease, meaning that it typically spreads in hospitals and places where many people gather. Given the experience they developed during the Ebola epidemic, Utas thinks Liberia, Sierra Leone and Guinea are likely to fare better than other African countries during the current outbreak.

“Individuals and families already have an understanding of infection pathways and relevant precautions to take”, he says.

Utas says that it is impossible to measure the effect of people’s science during the Ebola outbreak. However, it is clear that the success in containing the virus resulted from combined efforts by local health authorities and international organisations, and rapid adaptation by local communities.

Utas visited Monrovia in early March, three weeks before the first case of Covid-19 was reported in the country. While the national health system is chronically underfunded, and private and public hospitals seem worryingly uncoordinated, on a social level they are well prepared, he says.

“There were buckets with chlorine and water in front of stores, restaurants and offices”.

By 26 March, Liberia had registered three cases of the virus. This was significantly lower than neighbouring countries Burkina Faso and Senegal which had reported 152 and 105 cases, respectively.

The most widespread outbreak of Ebola virus disease (EVD) in history. The first cases were recorded in Guinea in December 2013. The disease spread to neighbouring Liberia and Sierra Leone, with minor outbreaks occurring elsewhere.

The number of cases peaked in October 2014 and then began to decline gradually. On 29 March 2016, the World Health Organization terminated the Public Health Emergency of International Concern status of the outbreak. WHO and respective governments reported a total of 28,646 suspected cases and 11,323 deaths.