African migration: Numbers, motivations and 'root causes' – get them right! 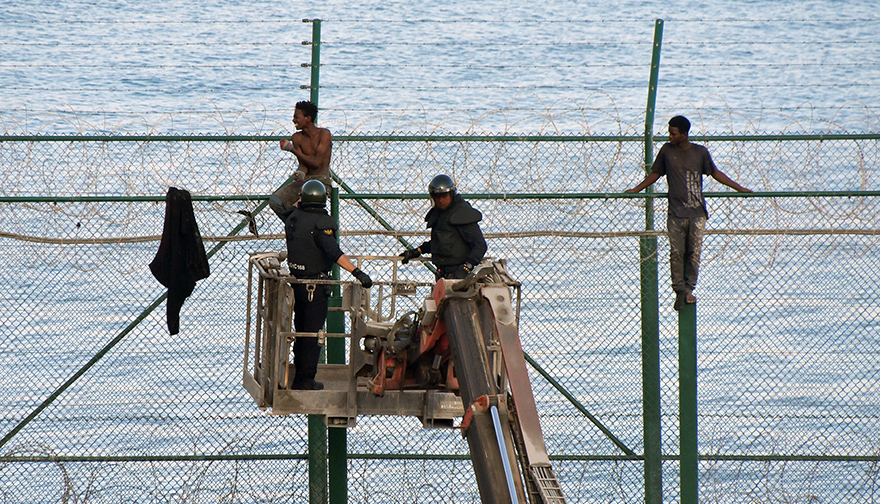 Spanish Civil Guard officers use a boom lift while African migrants sit on top of a border fence as they attempt to cross into Spanish territories, between Morocco and Spain’s north African enclave of Ceuta, August 2019. Photo: Reuters / TT Bild.

Negative public opinion in Europe is a major obstacle to holistic and sustainable policies on African migration. A new policy note from NAI argues for a shift away from politicised opinions about immigration, or misplaced ideas of humanitarian responsibilities, towards a more constructive and pragmatic focus on labour migration management.

In four main arguments, Bjarnesen explains why we need to shift narrative:

1. Get the numbers right

2. Get the motivations right

3. Get the “root causes” right 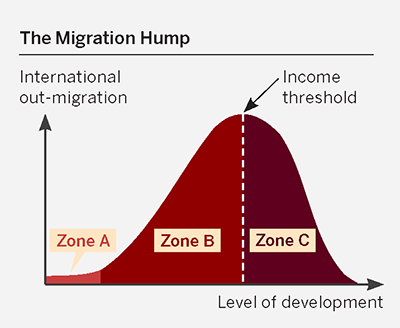 Migration theory has established a generalised understanding of the correlation between income level and migration, which confirms that the highest migration rates occur not at the lowest levels of development (Zone A), but rather at the intermediary level (Zone B), where income levels are still significantly lower than in the host country but high enough to finance the migration endeavour. The same reasoning shows that once a relative income threshold is reached, migration rates tend to decrease with continued rise in income level (Zone C). This model is usually referred to as the “migration hump” because of its inverted U shape.

4. Get the alternatives right 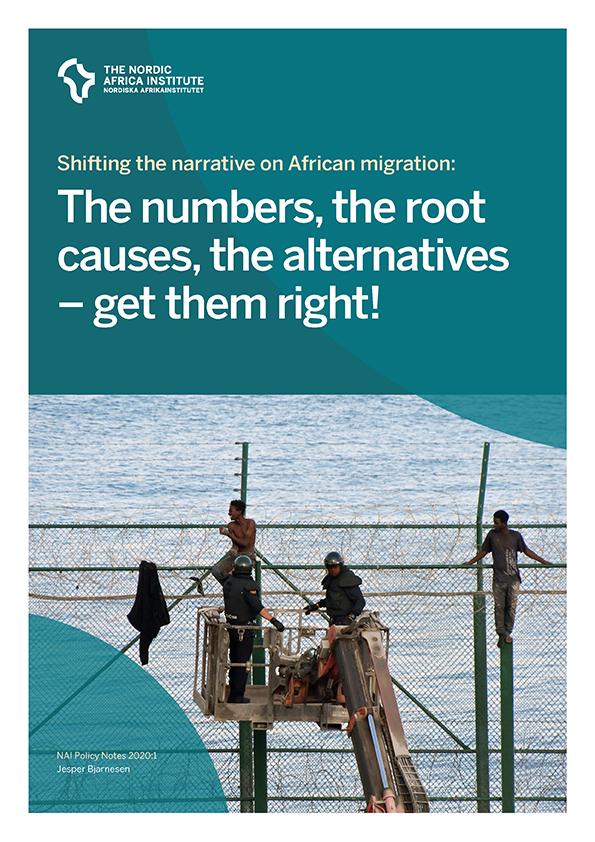