Why elections in Namibia are less boring this time 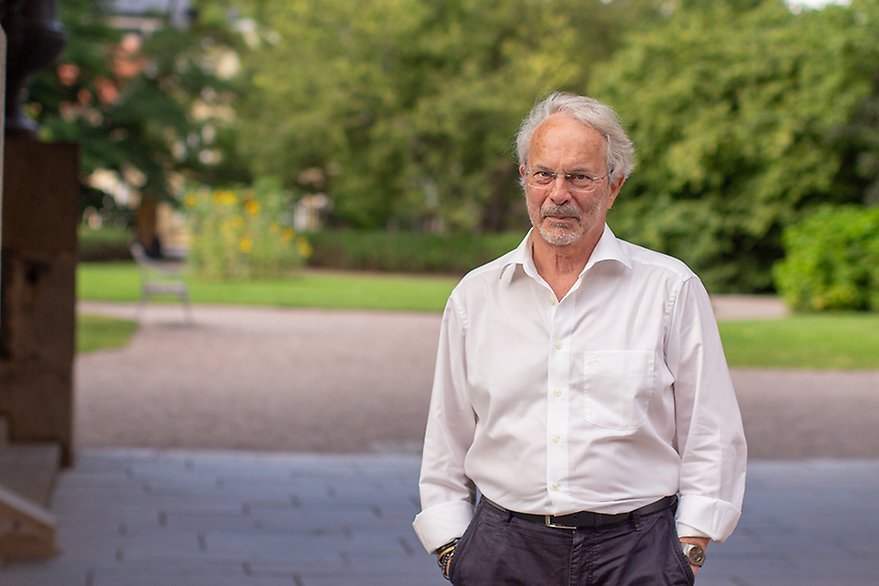 External link, opens in new window. of Namibia) has performed exceptionally well among the liberation movements as governments. “One Namibia, one nation” and “SWAPO is the nation and the nation is SWAPO” were two of the struggle slogans. They translated in the false equation that the party is the government and the government is the state.

In November 1989 the first democratic elections for a Constituent Assembly took place under supervision of the United Nations. Since then every five years elections for a National Assembly and the country’s President were held. In November 2014 SWAPO scored 80% of votes. Its presidential candidate Hage Geingob came close to 87% of votes.

So far, the political hegemony had been firmly in place. SWAPO’s patriotic narrative remains rooted in the official discourse and daily political culture. But the electorate gradually changes. The “born free” have become a relevant factor, while unemployment in the age group under 35 is approaching 50% [https://www.namibian.com.na/190958/archive-read/Namibias-unemployment-dilemma

For respondents to the latest Afrobarometer survey [https://afrobarometer.org/sites/default/files/press-release/Namibie/nam_r8_pr2_land_reform.pdf

The wear and tear, exacerbated by an economic crisis, already summarised on occasion of this year’s 29th Independence Day on 21 March [https://theconversation.com/why-some-wont-be-celebrating-namibias-independence-29-years-on-113748

External link, opens in new window.]. For the first time, they promise more than “business as usual”

New political parties, even when created by SWAPO dissidents, never managed to establish a sustainable alternative. They snatched votes from other opposition parties to become irrelevant later on. This time, the new kid on the block is the Landless Peoples’ Movement (LPM). It was founded after a fall out of the deputy minister of land with the party over the land policy [https://journals.sagepub.com/doi/full/10.1177/0002039719848506

External link, opens in new window.]. Its aim to secure 20 of the 96 elected seats in the National Assembly seems wishful thinking [https://www.observer.com.na/index.php/national/item/11420-lpm-eyes-20-seats-in-parliament

How much votes the LPM will garner from a SWAPO electorate remains to be seen. It is a force to reckon with in the sparsely populated areas South of Rehoboth. But as so many other of the existing parties its basis is likely to be almost exclusively rooted in a particular regional-ethnic stronghold. Most interesting will be, if support is sufficient to replace the Popular Democratic Movement (PDM) as the official opposition.

More challenging than the party competition is the direct election of Namibia’s next president. In a surprise move, the SWAPO member Panduleni Itula registered as “independent” candidate, using a loophole in the country’s electoral act. He adamantly claims to have the right to challenge the official party candidate as an alternative and remains defiant to leave SWAPO [https://www.youtube.com/watch?v=l2jbzyTDCDo

External link, opens in new window.]. He uses the analogy of a family feud, which still allows you to stay in the family while seeking solutions.

SWAPO-internal factionalism seems a motivating dimension. Itula has not disclosed the sources funding his campaign [https://twitter.com/SebbyJnr_Ndongi/status/1197206568829423616

External link, opens in new window.]. Early voting results published ahead of election day – another absurdity of Namibia’s democracy – were too close to comfort for Geingob, with Itula neck-to-neck. Not surprisingly so, President Geingob is not amused [https://www.namibian.com.na/85621/read/A-thorn-in-Geingobs-flesh

Geingob suspects that the timing of the disclosures was deliberate. But as an editorial in the weekly “Windhoek Observer” bemoaned [https://www.observer.com.na/index.php/editorial/item/11576-the-fish-is-rotten-from-the-head-but-we-are-expected-to-eat-it-anyway

External link, opens in new window.]: “Stealing public funds and misusing government resources are the natural state of affairs in Namibia.” Meanwhile, in contrast to the grand scale embezzlement, people are killed over a tin of fish [https://www.namibian.com.na/85746/read/Man-beaten-to-death-over-tin-of-fish

If credibility and legitimacy are key, the Electoral Commission (ECN) would be well advised to avoid previous mistakes. In 2014 Namibia was the first African country to make use of electronic voting machines (EVMs) [https://www.idea.int/sites/default/files/multimedia_reports/transcripts/2017-11-22-Namibia_Introduction-of-electronic-voting_4.pdf

External link, opens in new window.]. In violation of the electoral law, these had no paper trails. Despite a court ruling, this was not corrected.

As investigative journalists disclosed in October 2019, the ECN had “borrowed” SWAPO four EVMs for party internal election purposes in 2017. These had gone missing [https://namibiafactcheck.org.na/news-item/anatomy-of-a-misinformation-episode/

Itula and some parties have objected to the use of EVMs. The electoral tribunal reserved judgment for Monday, two days ahead of the elections [https://www.namibian.com.na/85677/read/EVMs-judgement-on-Monday

External link, opens in new window.]. This means either the elections take place with the EVMs or are postponed. The latter seems unlikely.

The ECN has claimed that in the case of a dispute over the results, there will be a paper trail recording the votes cast [https://neweralive.na/posts/paper-trail-has-irrecoverable-errors-ecn

External link, opens in new window.]. A post mortem paper trail documenting voting, however, is different from a paper trail for the voter to see that the vote was registered properly for the party/candidate s/he voted for.

And the winner is?

One does not need prophetic gifts to predict that despite the setbacks SWAPO will remain the dominant party. But there might be a reversed trend for the first time in 30 years. For both the party and its presidential candidate the scores could decline.

The increased appeals by President Geingob to national unity indicate that the “One Namibia one nation” mantra has shown signs of erosion. Currently, “unity in diversity” seems to be further from reality than at any given time since Independence. Tirades in the social media show a disrespect for those in power of hitherto unknown proportions.

For the first time SWAPO’s presidential candidate might garner less votes than the party. This would not only dent the ego but weaken Geingob’s authority during his second term in office. It will also influence the decisions over his succession as party president and head of state.

Namibia’s political stability so far was vested in the dominance of SWAPO. Those opposing such hegemony engaged in an uphill battle. If they make inroads, they should not be side-lined by manipulations of the election results. After all, democratic governance means respect for the will of the people. It makes democracy the winner, not a party.