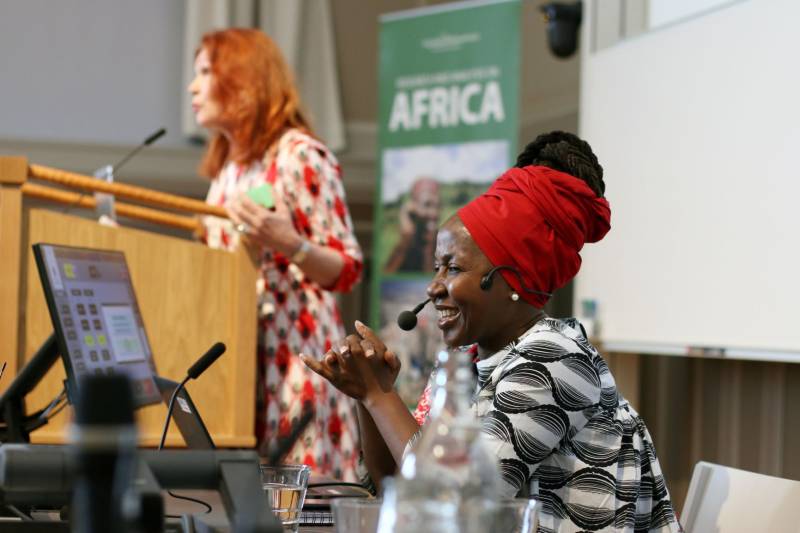 The Nordic Africa Days 2018 closed on Friday, having welcomed 260 scholars from more than 40 countries to Uppsala. In the 33 panels, participants discussed perspectives on this year’s theme, African Mobilities – reshaping narratives and practices of circulation and exchange.

Highlights of the three-day conference in Uppsala were the keynote speeches, of which Cameroonian social activist, entrepreneur and politician Kah Walla gave the first. She stressed that “Africa does not have a solutions problem, we do not have a figuring-it-out problem, we have a governance problem”, adding, “Africa is not poor; it is however, often poorly run”.

At a roundtable on African Migration and the Mediterranean Crisis, Ahmed Skim and Tarik Sissou, representatives of the Moroccan government, discussed with María Hernández Carretero from the University of Oslo and Kristof Tamas from the Swedish Migration Studies Delegation (Delmi) about how perceptions of refugees and migrants have changed since 2015. The roundtable also discussed the potential of the Global Compact for Safe, Orderly and Regular Migration, to be adopted at an intergovernmental conference hosted by Morocco in December this year.

“It is symbolically important to have a global agreement, currently involving 122 countries, that takes a wider view on migration. The draft text shows there is an increased understanding that migration is not only a source of problems, but also a way of building human potential, said roundtable moderator Jesper Bjarnesen from The Nordic Africa Institute.

However, since the Global Compact agreement will not be legally binding, participants raised the risk that not much will change in reality.

Francis Nyamnjoh, Cameroonian novelist, playwright and researcher, delivered the second keynote speech. He pointed to mobility and movement as an integral part of being and defining us as human beings, and used his adopted home South Africa as an example of a result of continuous mobilities. Read his full keynote speech here.

Professor Nyamnjoh also participated in the second of two roundtables, Decolonisation and Social Media, which drew on the #RhodesMustFall movement in South Africa.

The #RhodesMustFall movement started as a protest at the University of Cape Town in 2015. While the panelists at NAD recognized that the task of decolonizing higher education is enormous, they have witnessed some progress. Robtel Neajai Pailey from the University of Oxford, said that students have started demanding a higher representation of women, and people of colour, in the curriculum.