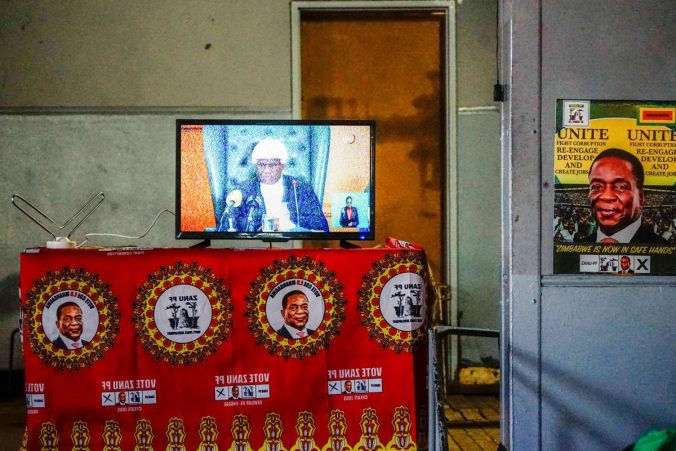 A TV in an office of Zanu-PF shows Chief Justice Luke Malaba during the court ruling that upheld Mnangagwa’s win on August 24. Photo: Zinyange Auntony, AFP

After a court upheld his election victory, President Emmerson Mnangagwa now quickly needs to turn Zimbabwe around as people long for better living conditions. Otherwise he will not be any more popular than his predecessor Robert Mugabe. 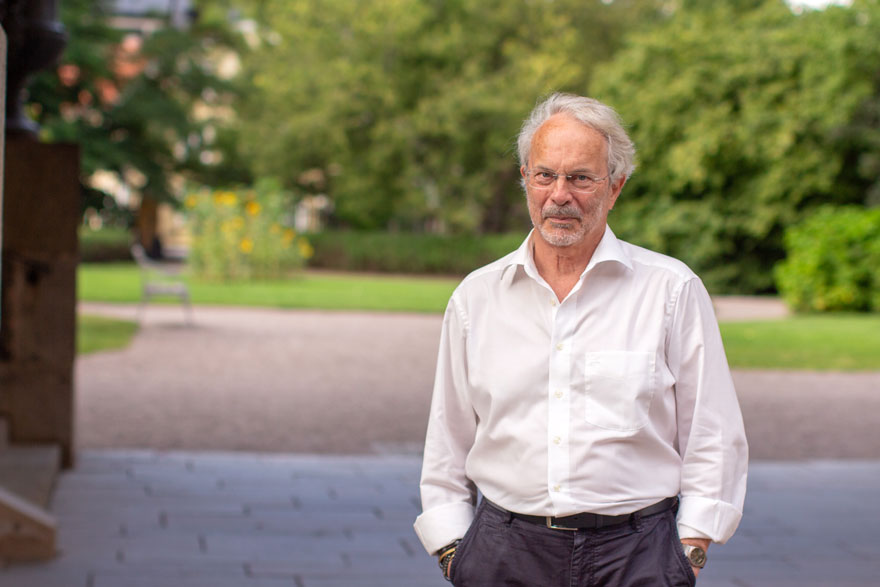 Following the presidential and parliamentary elections of 30 July, the former liberation movement and governing party since independence, ZANU-PF, regained a two-thirds majority in Parliament. With 50.8% of the vote, its candidate, Emmerson Mnangagwa seized a narrow first-round election victory by absolute majority to become the country’s president.

For Mnangagwa, this was a crucial moment: after being installed as successor to Robert Mugabe thanks to a military intervention in November 2017, he was determined to secure a degree of legitimacy based on a democratically obtained mandate. As president with a majority in Parliament, he now can rule as he likes – if, as in the case of Mugabe, the military does not object.

According to the official result announced by the Zimbabwe Electoral Commission (ZEC) after several days delay, Mnangagwa’s opponent Nelson Chamisa received 44.3% of the vote. Chamisa dismissed the figures and called it “a coup against the people’s will”. On election day itself he had indicated that he would not accept defeat, but would claim there had been electoral fraud – not a particularly democratic or strategically clever contribution to unfolding controversy.

Unfortunately, this motivated hardcore opposition supporters to show their frustration through protests on the streets of the capital Harare, even before the final results had been announced. They were met with a heavy-handed response from riot police and soldiers, who shot at the unarmed demonstrators. They reportedly killed a total of six people, including bystanders.

President Mnangagwa condemned the violent protests, but also appealed to the security forces to show restraint. This raises a question over who is really in charge in Zimbabwe. Who had ordered the army to leave the barracks if not Mnangagwa as the ultimate commander-in-chief? The response suggests that Mnangagwa is either a wolf in sheep’s clothing – not for nothing is he nicknamed ‘Crocodile’ – or confirms that on closer inspection Zimbabwe is not ruled by a civilian government, but elements among the securocrats under former general Constantino Chiwenga. Chiwenga, who led the ‘soft coup’ that ousted Mugabe and installed Mnangagwa, has been appointed as vice-president. Several other former generals involved in the coup also hold influential positions in the government and judiciary. It seems that, much as before, the head of state does not have the final say.

Predictably, the MDC approached Zimbabwe’s Constitutional Court to invalidate the presidential election result. The MDC argued that the vote count did not add up and a considerable number of votes came from non-existent ‘ghost’ polling stations. That the ZEC announced three different results should speak for itself.

But even when presenting its case, the MDC was prevented from submitting evidence it claimed to be of relevance to substantiate its claims, such as an audit of the V11 forms that officially register the votes cast at polling stations. It came as no surprise, when on 24 August the court dismissed the claim, disqualifying it as “mere suspicion” without substance.

The ZEC said that inaccuracies while counting the votes were the unfortunate result of compiling the wrong data. The court considered the deviations to have been too small to make any major difference to the result. If it had not been such a serious situation, the judgement could have been mistaken for an entertaining satire, culminating in the chief justice’s statement, “we believe in facts, not figures” and stressing that elections are credible until proven otherwise.

Two days later, Chief Justice Luke Malaba presided over the oath Mnangagwa took for his first elected term in office. Not surprisingly, the MDC did not attend the swearing-in and instead announced that (unspecified) civil protest would continue. In his inauguration speech, Mnangagwa struck a conciliatory note and emphasised his willingness to create a good climate for economic investment.

Much will depend on future socio-economic trends, if and to what extent the renewed ZANU-PF dominance will be accepted and whether ordinary people support the government. After two decades of decline, people long for improvements in their daily living conditions, better health and education systems and employment opportunities.

If the current government succeeds in achieving this, while maintaining at least a limited liberal image in the eyes of the political opposition, it will be considered credible and legitimate. If, however, political protest is met with further uncompromising repression while daily life remains a constant struggle for survival, Mnangagwa will not be any more popular than Mugabe was. Above everything hangs the question of how far the military will be willing to accept control by a civilian government.