Nkurunziza pledges to step down in 2020 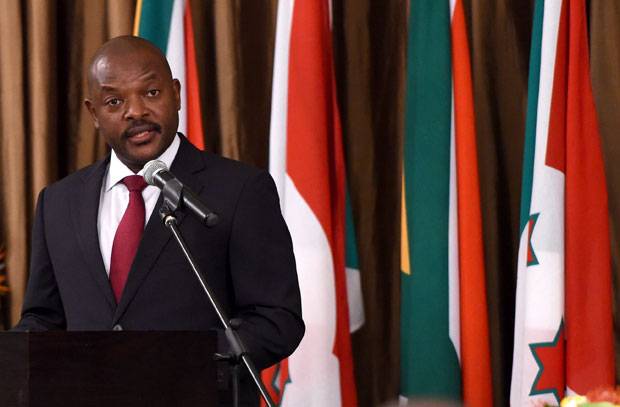 Burundian President Pierre Nkurunziza has declared, somewhat surprisingly, that he will not run for office in the 2020 election. A national referendum in May, which Nkurunziza initiated, approved changes in the constitution that consolidate the power of the ruling party, CNDD-FDD, and allow the president to serve an indefinite number of mandates, but no more than two in concession.

NAI researcher Jesper Bjarnesen views Nkurunziza’s pledge as an attempt to please the international community, which has become increasingly critical of – yet passive about – the situation in Burundi since public protests in 2015 over Nkurunziza’s candidacy for a third term in office.

“Nkurunziza has gotten away with an increasingly authoritarian leadership, so he didn’t really have a reason for such a pledge – nor does he have any reason to keep his promise. My guess is that he will eventually run for office anyway, probably referring to ‘the will of the people’ to keep him in power, just as Paul Kagame did”, says Bjarnesen referring to amendments to the constitution in neighbouring Rwanda.

“Another alternative could be that he introduces a loyal candidate whom he can control from behind the scenes. However, Nkurunziza’s promise does provide an opening for the international community toapply diplomatic pressure for a more open and inclusive society”, Bjarnesen says.

Nkurunziza has been in power since the end of the civil war in 2005. He was re-elected in 2010. In the July 2015 elections, Nkurunziza won a disputed third term. The opposition and other critics called it a clear violation of the constitution and the peace agreement that followed the war. The ruling CNDD-FDD party, however, said that Nkurunziza was appointed through parliament rather than elected by vote after the civil war and was thus eligible for another term in office.

More than 1,000 people were killed in clashes after the elections and 400,000 fled the country. Currently, the International Criminal Court is investigating crimes committed during the turmoil. Human rights groups both within and outside the country have given evidence of a growing authoritarianism in Burundi, with many cases of abuse during Nkurunziza’s third term.

In the Great Lakes region, Burundi is not the only example of a state with a long-serving leader. In Uganda, Yoweri Musenevi has been president since 1986. International observers note that Joseph Kabila in the DRC seems to be using a strategy of delaying the holding of elections. And not long ago, the parliament in Rwanda changed the constitution so that Kagame, who became president in 1994, could remain in power until 2034.

“Kagame has adopted a discourse similar that of Muammar Gaddafi and Robert Mugabe, among others in the 1990s, under the banner of an African Renaissance., They also argued for a different version of democracy for African countries. In practice, however, the leadership styles they used always lead to a centralisation of power around the president. In this context, it is particularly troubling that the international community seems to tolerate these undemocratic developments by focussing increasingly on stability alone, at the expense of the general population’s human rights”, Bjarnesen points out.