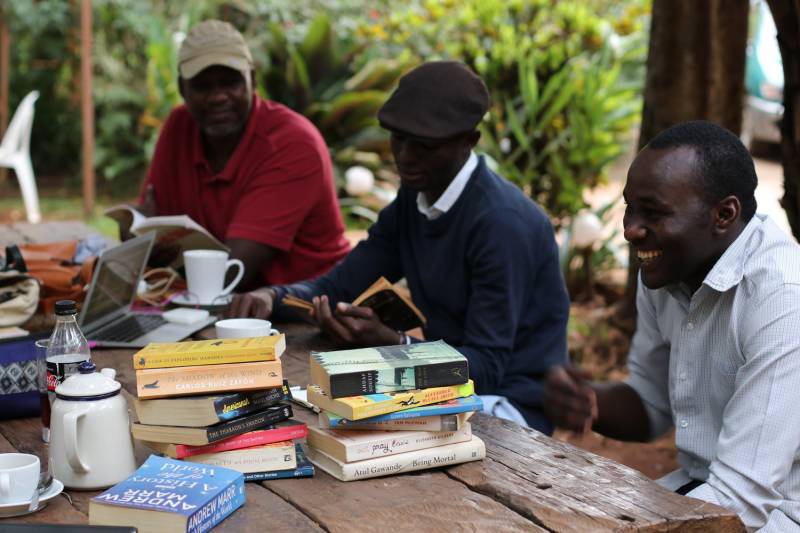 Erik Falk’s work at the Nordic Africa Institute revolves around literature in and from East Africa. He is looking at what kinds of books are published and how far they reach. The project aims to give an up to date picture of the status of East African literature.

Through contacts with publishers and libraries in Kenya, Tanzania and Uganda, Falk hopes to get an overall idea of literature in the region. It is not an easy task to obtain data. One way is to follow the money – how many books are sold and where they are sold – but it is difficult to get hold of sales numbers. Also, statistics on library loans are difficult to interpret.

“Big cities like Nairobi and Kampala have more advanced libraries than towns in rural areas. But then again, numbers of loans or sales do not tell you how many people read a book. Several may read each copy. Nevertheless, the hope is this will provide a general sense of the situation”, Falk says.

Weak distribution systems are one of the big challenges for literature in the region, mainly due to a lack of resources and networks. Also, history plays a role. Colonial administrations had little interest in nurturing publishers in their colonies. Instead, they were a place to dump books from the centre.

However, things are improving. Greater domestic control of the literature sector, more actors involved and more cooperation, as well as digitalisation on the continent, will improve the publishing, marketing and distribution of African literature.

It is not only the hardware of literature production that has its failings – the software, in this case the authorship, has too. Courses on creative writing are rare in African countries and scholarships or financial support to authors even rarer.

“Publishing companies in the region have limited resources to cultivate authorship. In Sweden, for instance, every manuscript gets an editor who reworks it with the author prior to publishing. In East Africa, this is seldom possible and manuscripts are often published in their original shape. This limits releases and affects quality”, Falk observes.

However, forces for improvements exist. One example is Ugandan organisation FEMRITE, which for more than 20 years has promoted female authors. Despite limited resources, it runs a magazine and holds seminars to create a better reading and writing environment.

“FEMRITE cannot afford paid editors, who can work for two years with a manuscript. But everyone involved helps each other. In a way, FEMRITE itself contributes to editorship in an otherwise weak context”, Falk notes.

Few manage to make a living from literature in East Africa, as in the rest of the world. Many in the business are something like literary activists – they arrange book talks, seminars, produce school books and are often jacks-of-all-trades. Some of these activities generate income, some do not.

“For many, literature is a way of life and includes a sense of social responsibility for society’s literary scene”, Falk remarks.

Another part of his research project investigates how East African literature compares internationally by analysing reviews in British and US newspapers. In some cases, books are presented as representing the author’s country, or rather, how British or US readers picture that country.

“When the Zimbabwean author Yvonne Vera had a breakthrough in the US, her books had pictures of naked black women on the covers. Many of them were from South Africa and not Zimbabwe. My research will hopefully find out if East African authors have similar experiences”, Falk concludes.

Erik Falk’s project at NAI is part of a bigger programme involving 26 researchers, investigating how the cosmopolitan and the vernacular interact in world literature.
www.worldlit.se