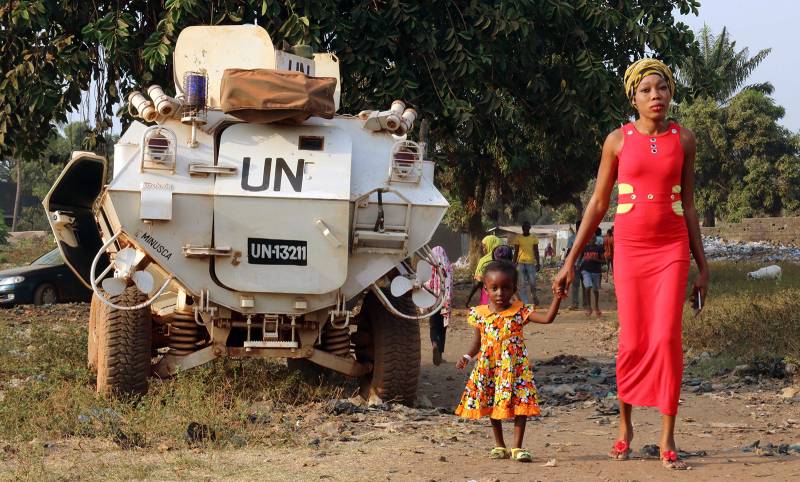 Central African Republic has been drawn into yet another cycle of violence as fighting returns to the capital Bangui. Senior Researcher Redie Bereketeab, Nordic Africa Institute, says that the growing disorder in CAR shows why a clearer mandate for Africa’s Regional Economic Communities is needed.

Since early May the capital has again been hit by sectarian violence between Muslim and Christian militias, killing more than 20 civilians.

CAR is governed by President Faustin-Archange Touadéra with support of a large UN peacekeeping operation but most of the country is controlled by ex-rebels and militias, claiming to act as guardians for the Muslim or Christian communities.

“Within Southern Africa, the crises in CAR illustrate the need for stronger mandate for outside, yet African, intervention”, says Bereketeab who runs a research project on conflict and state building.

One of the world's poorest countries, CAR spiralled into conflict after longtime leader Francois Bozize was overthrown in 2013 by a predominantly Muslim rebel alliance called the Seleka. France intervened militarily from 2013 to 2016 to push out the Seleka, winding down the operation after Touadéra was elected.

Bereketeab says that Africa still relies heavily on outside actors to solve armed conflicts and other transnational problems on the African continent. However, he argues, much would be won if Africa’s Regional Economic Communities (REC) were given a clear mandate by its member states and AU to intervene in national affairs.

“Being on the middle level, the Regional Economic Communities are in a strategic position to handle conflicts. AU cannot deal with everything, the continent is too big for that.”

The question of how The Southern African Development Community (SADC) can strengthen its peacebuilding capacity is the topic of a policy dialogue event, in Gaborone, Botswana, on 23-24 May. It is the last of five policy dialogues on RECs and peacebuilding organised by The Nordic Africa Institute together with African Peacebuilding Network, Social Science Research Council and partners in the respective regions.

The vision about stronger RECs resonate with discussions between scholars, diplomats and policymakers at previous policy dialogue events, Bereketeab explains.

“We started comparing and drawing lessons from ECOWAS and IGAD in 2016. However, we soon discovered that the same ideas could be applied to the rest of the RECs. In a way we are challenging the AU to create strict and coherent organisational structures.”

“As scholars we can generate ideas in hope that those with influence and power can make them real, that is what the policy dialogues are about.”

Bereketeab says that AU’s loose organisation model, where the connection between the three levels – AU, RECs and individual states – is dependent on a moral sense of obligation rather than legally binding agreements, hampers the organisation’s ability to act firmly to solve conflicts and other serious problems.

An efficient AU needs a structure where each of the three levels – top, middle, and bottom – is given clearly outlined responsibilities along the principle of subsidiarity, he says.

The Central African Economic Community ECCAS has been engaged in the CAR with a military presence since 2008. When the CAR plunged into a new cycle of violence in 2013 ECCAS’s peacekeeping force MICOPAX failed to fulfil its tasks which included protection of civilians, despite having increased in strength from 700 to 2,000 troops.

The African Union (AU) feared that ECCAS lacked capability to handle the situation and authorised the deployment of the AU mission MISCA, which resulted in strained relations between the two organisations.

“The importance of clear guidelines between the African Union and the RECs cannot be overstressed. It allows for the organisational strength necessary to deal with problems,” Bereketeab says.

NAI Director Iina Soiri says that the Institute’s role in the policy dialogues is to create platforms for discussion based on research and knowledge production.

“We bring people together such as researchers and people from the policy sphere and development practice who might not usually talk to with each other”, she explains.

During the 1980s, as a researcher Soiri studied the role of women in the liberation struggle in Namibia; and during the 1990s, Nordic support to Southern Africa. She says that the Nordic and Southern African countries have long and special ties.

“The Nordics played a key role in unlocking the apartheid stalemate in South Africa, and NAI as an institute studied, analysed and collected knowledge about the liberation movements.”

She says that today it is crucial that Nordic countries are serious about understanding the complexities of Southern Africa and are consistent in their support.

“Many governments have jumped straight to business connections. I think that we also need to show consistency in supporting the forces that maintain democracy and provide better knowledge on current development in the region: press, civil society, research. There we can play a crucial brokering role again.”