Another victory for democracy in West Africa 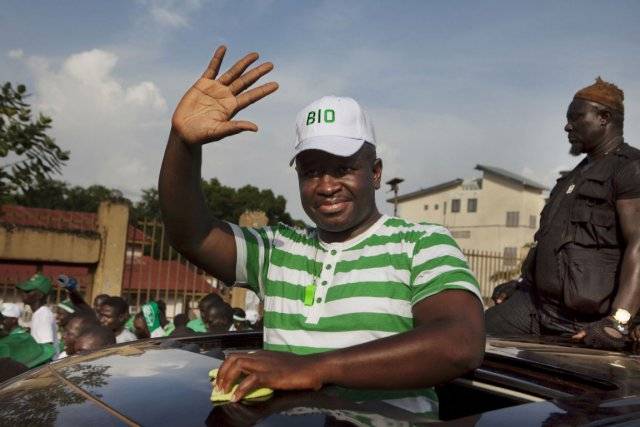 Sierra Leone is the latest example of democracy taking root in West Africa, according to NAI head of research Victor Adetula, who calls recent elections in the region a success story.

President Maada Bio has a background in the army and led a military coup in January 1996. Two months later, he handed power to Ahmad Kabbah, who won the presidential election. Maada Bio was a presidential candidate in 2012, but lost to the incumbent, Ernest Bai Koroma.

Sierra Leone is the latest example of positive developments in electoral democracy in West Africa, other examples are Gambia, Ghana and Nigeria. The election was held without reported large-scale violence, although initially there were worries in some circles that violence might erupt and even some threats.

“One needs to keep in mind that Sierra Leone is a post-conflict state with many security-related challenges. Supposedly there are still some small arms and ammunition around, and quite a significant number of the young population know too well about violence and how to use arms in conflicts”, Adetula remarks.

According to Adetula, it is telling that the opposition party defeated the incumbent. Leaving political content aside, it shows that it is possible for people to change their leaders by ballot.

“This is a trend in the region. And, interestingly enough, West Africa seems to be the new harbinger of electoral democracy, while it is on the retreat and even questioned in many other places in the world, including some countries in the global North”, Adetula observes.

In his view, ECOWAS and the African Union are one reason for why West Africa has taken steps towards democratisation.

Military rule is not coming back to the region.

“ECOWAS especially is very determined to secure peace and democracy. Military rule is not coming back to the region. Perhaps other places on the continent may be at risk, but not in West Africa. ECOWAS will not let that happen”, Adetula states.

Winning the election was a tight race for Maada Bio, but running the government is likely to be tougher still. In his first speech, he warned people about hoping for quick miracles. Maada Bio told them to expect quite the opposite – a tightening of belts, as the economy must be turned around.

“It is important that the international community supports countries in Africa that are moving towards genuine democracy. Fortunately, the International Monetary Fund and World Bank have already indicated they will lift some of the measures taken against the previous government”, Adetula says.