She stepped inside the Africanist bubble 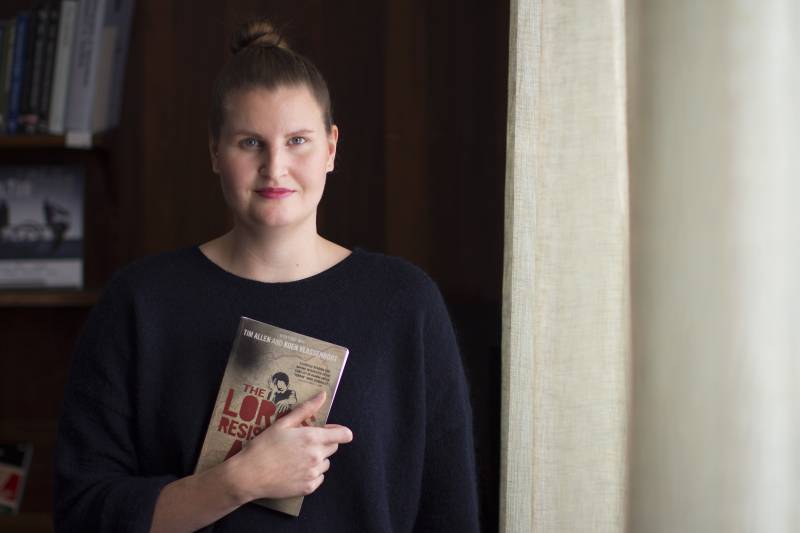 By using the NAI library, Niina Ahola managed to place her research within a wider context in anthropological literature. Photo: Mattias Sköld

When Ahola, an anthropology student, wrapped up her work after three months in northern Uganda she had gathered 60 hours of recordings and a heavy pile of fieldnotes based on interviews, informal discussions, and observations. After returning to her home university in Helsinki in December 2017 she undertook the monumental task of searching for a suitable research theory by which to interpret the data.

”It was a huge amount of material, my head was spinning,” she says.

Her research focuses on individuals who were abducted by the notorious LRA in Uganda during the civil war, which ended in 2008. Many of those who were forced into the ranks of the LRA were children who had to take part in and witness violence. Ahola interviewed more than 20 former abductees about their experiences, focusing on their reintegration back to their home communities after the war.

In February 2018 Ahola arrived at the NAI in Uppsala, after being accepted for a study scholarship. It provided a chance to focus fully on her thesis without distractions, and to become a part of the Institute’s research environment.

”I immersed myself in the ’Africanist bubble’, engaging in discussions and learning from others,” she says.

At the Institute’s library, librarians helped her look for publications that were hard to track down. She also got a personal tour of the library collection and article databases.

”I managed to find titles that I had wanted to read for a long time, about life in northern Uganda during and after the war.”

Before arriving at the Institute, Ahola had decided to narrow her thesis to the issue of how former abductees relate to three alternative treatments for psychological trauma: the public health system, churches, and traditional ajwaka spirit mediums. She had first become acquainted with the question as she searched for professional help, in case one of her interviewees suffered a mental breakdown.

Ahola recalls how a woman with strong Christian faith went to the church for help against severe psychiatric problems, often seen as demonic possession by Christians in Uganda. When her symptoms kept coming back she sought help from a spirit medium her mother had recommended.

“I am interested in studying how people navigate within and choose between these ontologically different medical systems, which all, according to clinical tests, can have positive effects on mental illness.”

Poems from the 60s

In the NAI library Ahola could delve deeper into the pluralistic medical practices that exist in many African countries. She found books by anthropologists on the use of witchcraft to cure illnesses, and on Christian-based healing practices.

“It helped me place my research within a wider context in anthropological literature.”

In the library’s non-academic collection Ahola was delighted to find the work of a northern Ugandan poet, Okot p'Bitek. Though written in the 1960s his poems provide an insight into the division of “modern” and traditional practices in healthcare, which still exists in northern Uganda today, she explains.

“While I haven’t started writing the actual thesis yet, I now feel confident that I know my material well enough to produce something worthwhile.”