Ramaphosa will be fantastic for investors 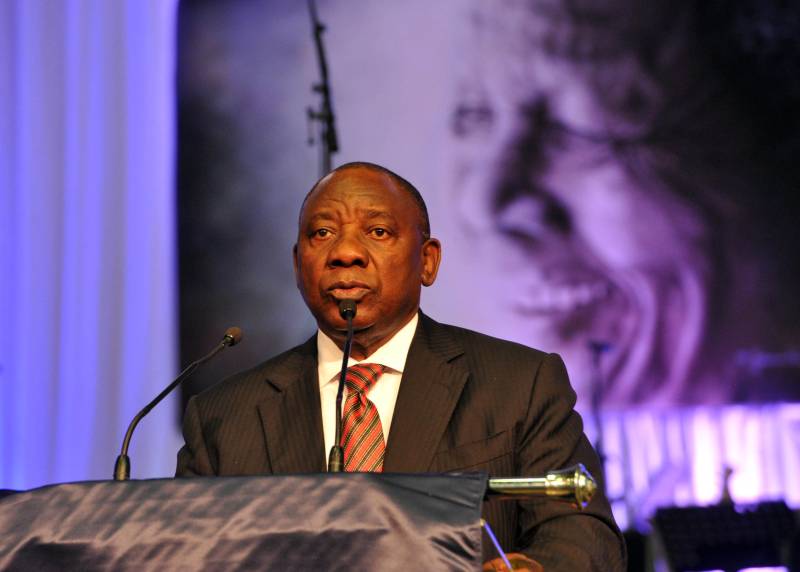 With a multi-millionaire businessman as president, the investment environment will be a priority. While this may be great news for international businesspeople, NAI associate Henning Melber does not think ordinary South Africans will have many reasons to cheer.

Jacob Zuma’s somewhat scandalous reign over South Africa ended in February. However, according to Melber, those who believe President Cyril Ramaphosa will initiate social change are probably going to be disappointed. Rather, it is more likely South Africa will return to the state of affairs before Zuma – the predatory capitalism of Thabo Mbeki’s presidency.

“Cyril Ramaphosa will be fantastic for investors. A president they can trust will uphold a steady and predictable market. This wasn’t the case with Jacob Zuma constantly rocking the boat. I am, however, doubtful to what degree South Africa’s poor population will benefit from this – if at all”, Melber says.

In December 2017, the African National Congress (ANC) chose Ramaphosa to lead the party. Two months later Zuma was forced to step down as Head of State. These events are similar to what happened when Zuma replaced Mbeki ten years earlier.

However, Melber observes, Ramaphosa did not really defeat Zuma. Their supporters were evenly balanced within the party and thus it was rather negotiations that paved Ramaphosa’s way to power. It is still unknown precisely what compromises he had to make to win over Zuma supporters.

He is one of the few top figures in the ANC who did not live in exile during the liberation struggle. In 1982, Ramaphosa founded the National Union of Mineworkers, with 300,000 members, the largest trade union in the country. Later, he was one of the possible candidates to succeed Nelson Mandela. The ANC chose Mbeki instead and Ramaphosa left politics to become a successful businessman. He is worth almost half a billion US dollars.

“I think the people who don’t normally vote for the ANC are the ones most pleased with having Ramaphosa as their president – for example, the larger part of the white population. They hope the government gets the economy up on its feet again, without other changes in society.”

It was a very bad year for the ANC in 2017. Its many scandals, often involving the president – most well-known among them being state capture and money laundering – did not strengthen its ties to the people.

“The good thing is that South Africa proved itself worthy – civil society is engaged and committed, investigative journalism is tough, and the legal institutions work”.

The ANC now has a big challenge to win back voters who went to either the Democratic Alliance (DA) or the Economic Freedom Fighters (EFF). The DA is often wrongly assumed to be a party for the white population, but many of its supporters are middle-class black South Africans. The EFF, for its part, has taken left-wing voters. In an attempt to win them back, the ANC adopted at its Congress a resolution referring to a constitutional provision on land, which allows for expropriation without compensation. The land question is a major issue in South Africa. The apartheid-era order – big commercial farms with white landowners and a large landless black population – is still intact.

“This may appear as a very radical move, but there is a catch. The resolution says land should only be expropriated if there is no economic harm. So, in the end, this might be a toothless tiger”.

However, another ANC move that concerns Melber is a draft bill permitting traditional leaders to give land away to mining companies or other investors.

“It leaves the people living on the land powerless, and also tempts leaders to sell off land for personal gain. However, it corresponds well with Ramaphosa as a man from the mining sector, which is where he made his fortune”, Melber remarks.

Regardless of how things may turn out in South Africa, Melber does not think it will be as easy to mobilise society against Ramaphosa as it was against Zuma. He will be smoother and more careful about what he says.

“However, Ramaphosa is not as intellectually aloof and difficult to comprehend, as Thabo Mbeki was. He wants to portray himself as a man of the people”, Melber concludes.