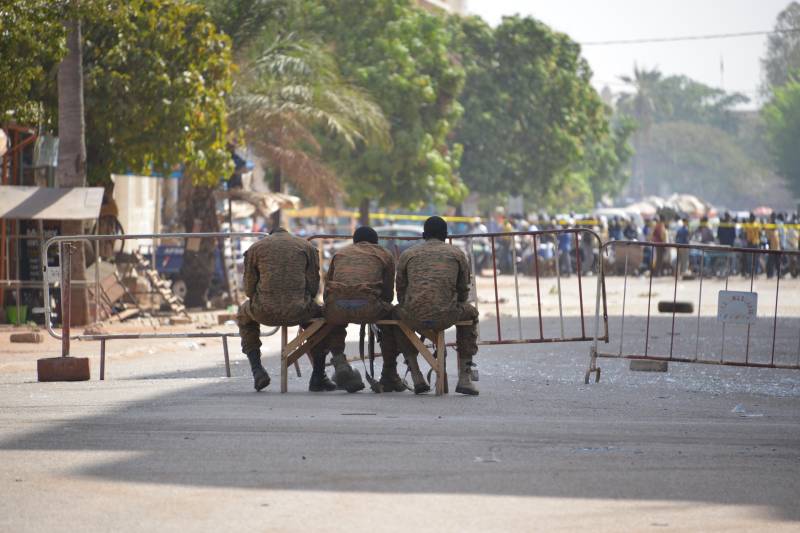 Burkinabe soldiers rest in Ouagadougou the day after 16 of people were killed in twin attacks on the French embassy and the country's military. Photo: CrowdSpark / Alamy Stock Photo

Attacks on the French embassy and army headquarters on 2 March were the third major terror incident in Burkina Faso’s capital Ouagadougou since 2016, in a country otherwise known for increasing openness and democratisation. Both trends relate to the ousting of Blaise Compaoré as president in October 2014, says NAI researcher Jesper Bjarnesen.

The dual attacks by men using guns and explosives killed 16 people – eight soldiers and eight attackers – and injured more than 80 others. The attack on the military headquarters appears to have targeted a scheduled meeting of the G5 Sahel – a joint military initiative by five Sahelian countries with strong European backing, fighting jihadism in the troubled region.

The Jama Nusrat ul-Islam wa Al-Muslimin (JSIM) group claimed responsibility for the attacks. The group said that the acts were a response to a French army raid in northern Mali in February. JSIM is made up by four different jihadist groups, including al-Qaeda in the Maghreb, and is thought to be the largest jihadist group operating in the Sahara.

Since 2016, jihadist violence has repeatedly targeted the capital. In August 2017, an attack on a Turkish restaurant killed 18 people; and in January of the year before an attack on a centrally located hotel and popular café killed 30 people.

The worsening security situation contrasts sharply with 27 years of stable, semi-authoritarian rule under Compaoré, when terror attacks were virtually unknown in Burkina Faso. Compaoré fled the country on 31 October 2014 following a popular uprising.

Since Compaoré’s removal, the country has opened up politically and moved towards becoming a functioning multiparty system, Bjarnesen says. However, its newfound openness has also made it more vulnerable.

While in power, Compaoré held a strong position among leaders in the West African region. A skilled and well-connected diplomat, he was designated to mediate in the crisis in Côte d’Ivoire in 2007, and in Mali in 2012 during talks between representatives of a military coup in that country and regional leaders.

“He was widely known as an efficient ruler who created stability both internally, by controlling political opponents, and externally, by ensuring safety at Burkina Faso’s borders.” 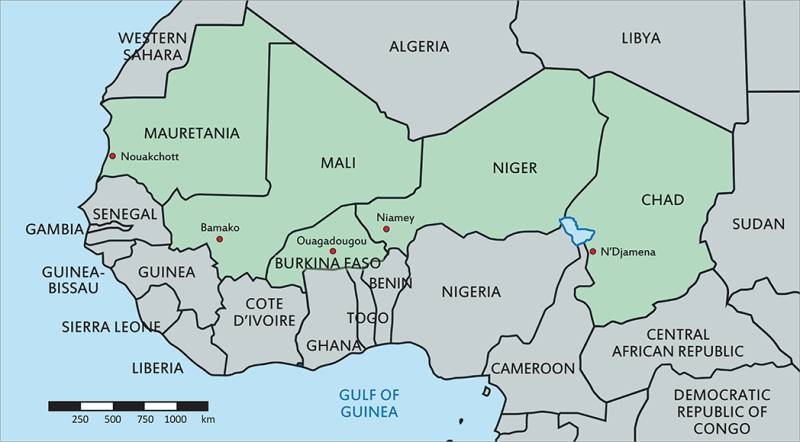 However, Bjarnesen adds, Compaoré was also a dealmaker who entered into agreements with individuals and groups that were “questionable” in the eyes of the international community.

According to media reports, the leader of the JSIM group, Iyad Ag Ghali, was allowed to make Ouagadougou his base in 2012–14, after making a deal with Compaoré. Allegedly, Ag Ghali fled the capital after Compaoré was forced from power.

Bjarnesen says that the deteriorating security situation in Burkina Faso is intimately linked to internal violence in Mali, which has seen a worrying trend of increased destabilisation in the past 3–4 years, despite intensified French-led military operations through MINUSMA and G5 Sahel.

Since taking office in May 2017, French President Emmanuel Macron has called for intensified anti-terror operations in the Sahel.

“I think it is legitimate to question the French strategy to rely heavily on military solutions. It clearly is not working well“, Bjarnesen says.

According to Bjarnesen, transferring the initiative from France to the regional G5 member countries could have a positive effect on peace and stability in Sahel in the longer term.

“What is needed is genuine dialogue with many actors within these armed jihadist groups, rather than alienating them and relying on military solutions.”

Since coming to power, Kaboré, the former heir apparent to Compaoré, has refrained from reintroducing the de facto one-party system of his predecessor.

“Under Kaboré the Burkinabe people are experiencing more freedom of expression and a more inclusive political system.”

Kaboré appears to be staying on a track of political openness, Bjarnesen says, despite the worrying security situation.

“After the 2 March attacks, the president expressed sympathy with the victims and emphasised the need to defend democratic values. He did not revert to aggressive rhetoric, which is a very positive sign.”

Bjarnesen says that it is difficult to see how Burkina Faso could move away from authoritarian rule without becoming more vulnerable to violent attacks.

“The openness – and vulnerability – are part of a normalisation of Burkina Faso’s role in the region. It has made Burkina Faso more dependent on finding allies among the countries in the region and in the Global North.”