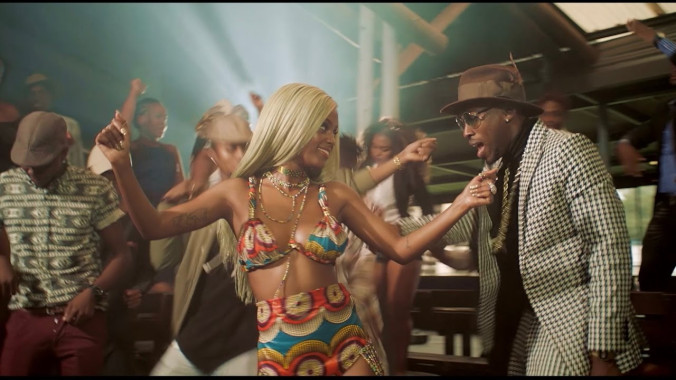 Media have reported several cases of censoring artists’ work and outlook in music videos and on social media. State issued statements resemble those of the Ujamaa era, when Tanzania embarked in implementing African socialism policies in the 1960s and 1970s. TANU Youth League members – the youth wing of the Tanganyika African National Union – used to walk around measuring women skirts and gowns to make sure they were long enough. If not, they harassed the women and in some cases had them arrested.

In December 2017, President John Magufuli spoke of taking legal action against artists who posed “nude” in music videos. He said how disgusting he found it to see images of “naked” female artists on TV. He used the word synonymously with wearing skimpy clothes.

It is not the first time that Head of the State has entered into “dress politics”. About ten years ago, Magufuli’s predecessor Jakaya Kikwete’s cabinet began the adventurous project of designing a Tanzanian national costume.

External link. According to Dr. Harrison Mwakyembe, the current minister of information, culture, arts and sports, the then minister Nape Nnauye presented the draft designs at a cabinet meeting. The project died prematurely.

The government’s entanglement in dress politics is part of a larger agenda. The government intends to censor almost everything from communications on social media platforms to creative forms such as cartoons and songs. The outlines of the official new art policy

External link., which the government is due to formalize in 2018, clearly indicates that ‘ethics” are its first priority. The dominant narrative in the policy draft is that artists have been the major cause of a supposed decay in social norms.

Hence, policymakers are calling for systemic censorship to “clean up” the “polluted” art world with the help of government bodies such as the National Arts Council of Tanzania, National Film Censorship Board and Tanzania Communications Regulatory Authority. However, the truth is that artists are not teachers or rebel leaders – they merely mirror what is happening in Tanzanian society. If there is a spot on the national uniform, the mirror will inexorably reflect the same. Breaking the mirror glass will not make the spot disappear.

Censorship creates anxiety and fetters creativity. There is a limit to what a human being can stand when it comes to suppression of freedom and self-expression. It is important that Tanzanians, particularly young people, are allowed to express themselves. Freedom is compatible with self-esteem and belief in the future. For the young generation to enjoy being Tanzanians, it is a necessity.