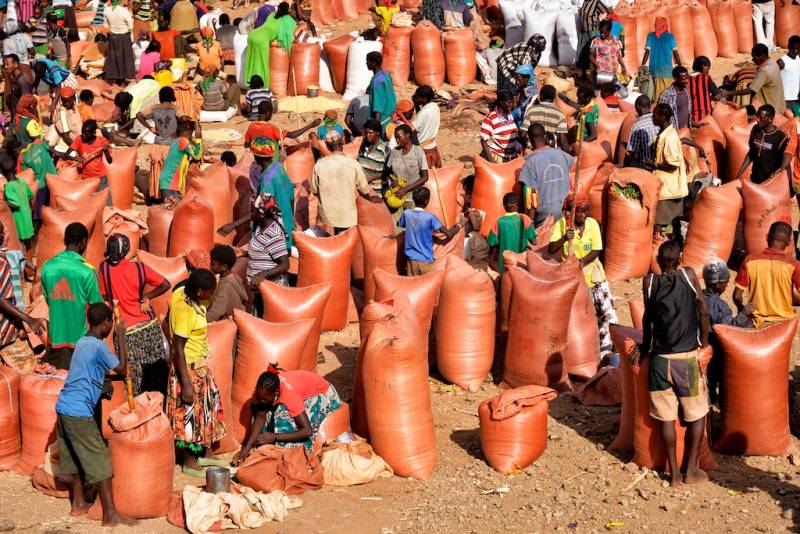 African countries would get paid significantly more for their agricultural produce and minerals if terms of trade were equal. Today it is a buyer’s market and that says a lot about power relations between Africa and Europe.

The Cotonou Agreement between the European Union (EU) and the countries of the African, Caribbean and Pacific (ACP) group expires in 2020 and new negotiations will begin in September this year. The agreement was signed in 2000, replacing the 1975 Lomé Convention. The aim was to fight poverty by integrating the ACP countries into the world economy. However, according to NAI Head of Research Victor Adetula, the document's many beautiful phrases have never been put into practice. As for the new negotiations, Adetula suspects that the EU has other priorities regarding cooperation with Africa.

Inequality in trade leads to an economic reality that motivates people to migrate.

The treaty was signed in Benin in 2000 and is the foundation for all EU cooperation with the ACP countries. It aims to fight poverty by integrating ACP countries into the world economy, and is part of the EU's trade and development policy. For example, the agreement includes respect for human rights, cooperation on democracy and deepening of economic cooperation.

“The EU prefers to talk about irregular migration and terrorism. But there is no use in deciding on an agreement that prevents Africans from migrating to Europe when the underlying causes remain. Inequality in trade leads to an economic reality that motivates people to migrate. In some cases, it may also lead to radicalisation and violence”, Adetula remarks.

With fair trade regulations, African countries would be paid significantly more for their agricultural produce and minerals. Today it is a buyer’s market and that, according to Adetula, says a lot about power relations between Africa and Europe.

“Instead, countries are compensated with aid, which in my opinion seems to be out of date. To be frank, much depends on the African countries themselves. It is not sufficient during negotiations to ask how much aid they will give. It is better to seriously attempt to reach fair commodity prices – and would be better again if the continent spoke with one voice”, Adetula suggests.

Signed in Togo in 1975, it granted reduced customs tariffs for exports of agricultural commodities and minerals from the ACP countries. The US government viewed the treaty as discriminatory and in violation of World Trade Organization (WTO) rules. Within the WTO, the US and EU reached an agreement that became the basis of the Cotonou Agreement.

In the world that has come into being since the Cotonou Agreement was signed, another factor needs to be taken into account: nowadays the so-called BRICS (Brazil, Russia, India, China and South Africa) are strong economies that can offer African countries alternatives to the EU trade agreement.

“Europe should ask itself why China is an attractive partner for many African countries. Perhaps that also says something about the asymmetric relationship between the EU and Africa”, Adetula concludes.

In April, NAI will hold a workshop in Accra, Ghana, on EU–Africa cooperation.