Condemning racism is not enough 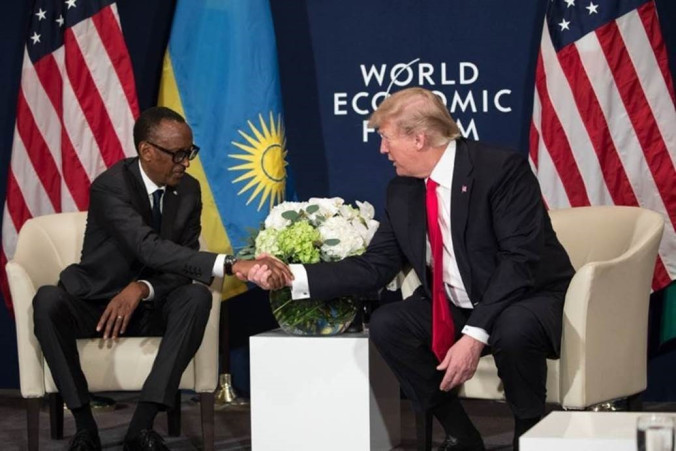 African countries need to take a firm stand against the growing tide of racist and xenophobic discourse that is shaping public sentiment and policies globally.

External link, opens in new window. attempts to normalise racist and exclusionary narratives support politicians of a certain ilk. We cannot stand idly by while these dark forces strengthen their grip on society.

Racism is not just a matter of rhetoric, as the Holocaust

External link, opens in new window. remind us. It enables people to further their dubious political and economic aims by doing cruel things to others without feeling judged or being held to account by the violence they inflict. Racism catalyses a divisive politics that breaks the possibility for solidarity with fellow humans. It constructs fictitious “others” as contemptible, to generate loathing and fear.

These dynamics have driven people to commit mass murder

External link, opens in new window.. Today, people fleeing persecution and economic hardship meet with little or no empathy in host countries, and are treated as a number or worse

Why should African leaders care? Pan-Africanist

External link, opens in new window. outlined a vision for racial and economic equality to end the depravations imperialism brought about. They sought, as they still do, to run their own affairs and achieve meaningful independence in all spheres of life. Racist ideologies hinder this.

Today, a class structure that makes all but a few co-opted Africans into second-class citizens reflects these ideologies. The endurance of colonial-era practices in new African states shows this: the continued expropriation of land; segregated living, with large segments of African residents relegated to living in poorly served neighbourhoods; highly unequal classist and racialised pay gaps; and development narratives that focus on changing the behaviour of Africans as though there were something inherently deficient about them.

What can Africa’s countries do beyond condemning racism and racist views?

Firstly, Africa’s countries and leaders need to take a critical look closer to home. How are they themselves feeding these broader trends? In a chapter of a book on southern African regional integration that I co-wrote with Francis Nyamnjoh, we show that in southern Africa xenophobic attitudes towards people from African countries other than their own have been growing. These undermine the efforts of Africa’s countries to join hands in solidarity in shaping their future.

In addition, discussions on the growing influence of Asian economies in Africa are degenerating into anti-Asian xenophobic and racist narratives that have a long history

External link. in the West. These sentiments are used to legitimise the Western corporate presence in Africa, and limit African countries’ freedom to cooperate with other regions on their own terms. Rather than resorting to similarly toxic tropes, African countries in their growing relations with Asian economies need to scrutinise why and how these emergent relations are generating resentment.

Secondly, Africa’s countries ought to realise that their acceptance of weak terms of trade for their valuable and strategic natural resources – usually for short-term political expediency or rent-seeking – is contributing not only to the undervaluation of their economies, but also their societies. They should drive a harder bargain for their resources: limit access only to those actors willing to engage in equitable partnerships and put in place strong mechanisms for wider redistribution. Most importantly, they should be bold in banning exploitative activities that do nothing to better the lives of Africans and their environments. To do so requires the continent to reconsider the neo-colonial

External link, opens in new window. to act as brokers for the totalising effects of contemporary monopoly capital

Thirdly, African countries, governments and societies must recognise the need to build a public sector that provides the widest access to its citizens – for it is in the elite private spaces that delusions of class and racial superiority flourish. The growth and maintenance of this public sector will require the closing of loopholes that allow the elites to hoard the continent’s wealth and resources overseas. A substantial portion of this revenue has to remain to be used towards making the lives of the many of Africa’s poor dignified. One way to do this, and cement the financial independence the African Union is seeking, would be to formalise African unity and put in place directives that prevent the exploitation of Africa’s people and the un-remediated degradation of its land and resources.

Last, but not the least, the continent and its leaders need to act based on the moral codes of the pan-African movement that united against racism, socio-economic marginalisation and violence. This would oblige Africa’s countries to put in place, nationally and regionally, mechanisms that deter exploitative and racialised practices. These could be in the form of preferential treatment towards, for example, trade partners, who do not operate in such a manner, whether on the continent or elsewhere. It would require tight government oversight to dismantle the informal racial differentiations in pay and employment conditions, and the imposition of hefty stiff financial penalties with clear timelines to comply.

Moreover, Africa’s countries and its leaders should change their focus to the welfare of their citizens, rather than on the extension of subsidies and benefits to exploitative capital. To catalyse this shift, the continent and its citizens need a shared understanding of what racism and exploitation are. To do so, Africa’s countries cannot depend on media that treat these forms of exploitation as reasonable or justified. The subjection of Africans to popular media that covet the continent’s land and resources, while portraying its population

External link, opens in new window. as parasitic, is deeply problematic. So, too, is the reinforcement of the idea that Africans cannot act on their own behalf without external agents saving them

In short, to effectively end racial prejudice and inequalities, African leaders need to do more than voice their concerns

Note that some links not working have been removed since the article was first published.