Can AU agree on reform agenda that achieves increasing independence, ownership and security? 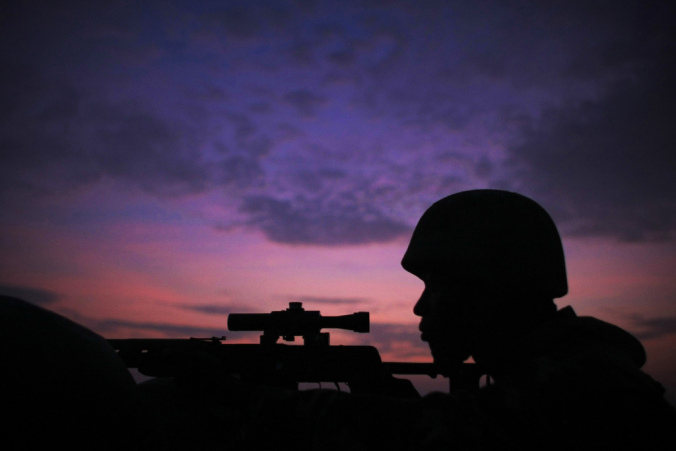 The African Union (AU) holds its 30th ordinary session of its Assembly at the end of January 2018. Rwanda, under President Paul Kagame, will hold the leadership for the coming year, succeeding Guinea. It is the first time that Rwanda has led the AU since its establishment in 2001, after the name change from the Organisation of African Unity.

Kagame does not come unprepared for this assignment– quite the opposite. For years he has promoted a reform agenda within the AU as well as having urged a more speedy continental integration agenda. Thus, with Kagame taking over the chairmanship, the upcoming meeting could be the starting point for several of AU’s reform programmes (click here for more on the origin of a number of challenges the AU faces and its ambitions - link dead and removed).

The theme for the meeting in January, which will take place at the AU’s headquarters in Addis Ababa, Ethiopia, is Winning the Fight against Corruption: A Sustainable Path to Africa’s Transformation. Corruption is widespread in many AU countries and by putting the issue high on the agenda, shadowy practices will be brought to light. Corruption is ultimately a security issue for many African states. Furthermore, the risk is that corruption dilutes political systems and thereby creates instability and political insecurity. But corruption is not the only important issue.

Other issues members are likely to raise are for example, conflict development, terrorism and migration. These are listed under the heading “Silencing the Guns” in Agenda 2063

External link.. The majority of conflicts and armed forces in the world are located in Africa. During 2016 alone, 19 conflicts took place on the African continent.

Issues such as these are connected to what is perhaps the most important question of all for AU citizens, namely African ownership of dealing with security challenges in Africa. Who is going to handle the challenges of the security issues that Africa is facing? External actors continue to steer the security agenda in Africa, but the AU and Regional Economic Communities desire greater responsibility. The issue of clearer ownership

External link. is something Kagame has pushed for, together with Idriss Déby Itno, president of Chad and former chair of AU, and Alpha Condé, president of Guinea and the AU’s current chair.

Even if the AU and the RECs are best placed to deal with its own security challenges, they currently lack the financial instruments to handle these. An important step in achieving Africa’s self-financed peace and security work

External link. is a proposal by Donald Kaberuka, former head of the African Development Bank.

One of his propositions is to implement a selective import fee. Under this framework member countries should commit 0.2 percent of trade profits to finance the AU peace building budget. Members in July 2016 accepted the proposition, which the AU is currently implementing. However, the implementation process has dragged on in the face of opposition.

“Economic independence has been a part of the pan-African vision ever since the AU’s establishment.”

By mid-2017, only 14 member countries out of 55 had contributed in keeping with Kaberouka’s proposal. This means that 12 percent of the total amount needed for that year was collected, US$ 65 million. This is still far from the actual amount the AU’s peace building and security fund needs, which by 2020 should contain US$ 400 million.

However, the AU does not need to raise this sum on its own. The largest portion, about 75 percent, is a contribution from the UN. Economic independence would obviously increase if all AU member states lived up to the ambition. This is something that has been a part of the pan-African vision ever since the AU’s establishment.

However, Kaberuka’s proposal has its opponents, not least from free trade supporters and advocates of World Trade Organization principles. Critics are not necessarily against African independence, but against parts of the proposal. Thus, during 2018, the issue of financing will be extremely important

As a result of Africa’s current financial dependency on external states AU and RECs tend to lose control over its own security agenda. Money are many times needed to invest in military infrastructure rather than on institutions building community resilience and human security. In other words, money within the AU and money from external actors to some African states is being used to promote military solutions rather than non-military ones, such as those related to health, medical care, and climate adjustment etc. In addition, militarization is taking over areas that the AU previously considered non-military (for example epidemic outbreaks). Overall, an increased level of militarization of AU institutions, and the African security narrative and landscape, is taking place.

This is a huge challenge and dilemma for African heads of states. It detracts from other issues of the highest importance in Africa, is expensive and undermines African states’ own possibilities of solving native challenges – African solutions to problems in Africa.

The pressure on negotiators at the AU meeting to reach a common position that will de facto enhance independence, ownership and security is likely to be intense.

This blog post was written within the research program AU Waging Peace? Explaining the Militarization of the African Peace and Security Architecture, funded by the Swedish Research Council. See the project website.