Homosexuality is still taboo in many African countries 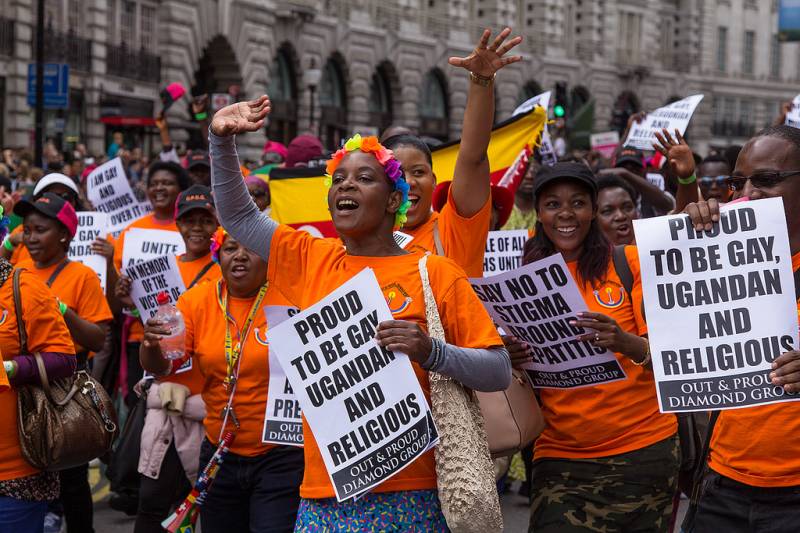 The rights of sexual minorities are still a sensitive issue in Africa. Homosexuality is often considered to be an illness or something “un-African”.

The Nordic countries actively promote the rights of sexual minorities within their human rights approach to development cooperation with the global South. However, they often encounter trouble when partners in Africa do not view gay rights as a priority issue, but rather as something imposed from abroad.

NAI researcher Sirkku Hellsten leads a working group that looks into the different attitudes towards sexual minorities in order to learn more about the situation in the African context.

When the parliament passed the anti-homosexuality act in 2014, however later ruled invalid by the constitutional court, Uganda gained an international reputation for homophobia. The growing numbers of Pentecostal churches have been very influential in shaping the image of homosexuality as something unnatural.

“The AIDS pandemic also contributed to this image. In the beginning, most of the victims were gay men and were therefore blamed for the disease. However, nowadays it is more than a stigma – people have been attacked and some even killed just because they were gay”, Prof. Archangel Rukooko from Makerere University in Kampala points out.

He believes a major reason is ignorance. Sex education in Ugandan schools leaves much to be desired.

“For us Ugandans, sexuality is a private affair. If it’s behind closed doors, in the bedroom anything is fine, also homosexuality. But once out in the daylight, it gets very sensitive”, Rukooko observes.

In Zambia, sexual orientation was less sensitive during the first decades after independence than it is now. When the second president, Frederick Chiluba, in 1991 proclaimed Zambia to be a Christian nation, fundamentalist Christians became influential in politics. As a consequence, homosexuality came under attack.

This is an efficient gag on civil society in Zambia

“Today, human rights activists debating sexual rights face the risk of being prosecuted for promoting actions against nature. This is an efficient gag on civil society in Zambia”, NAI researcher Patience Mususa says.

Some human rights organisations have changed tactics and now put a medical angle on homosexuality. For instance, lobbying for distribution of condoms in prisons to mitigate HIV.

“This is problematic, even if they have good intentions. Because then homosexuality is discussed as a medical problem to deal with and thus increases the stigma for these groups, instead of talking about the human right to choose a partner and way of life as one wants”, Mususa observes.

In South Africa, every citizen has the right to make that choice. Since independence in 1994, the country has had the most progressive constitution on the continent, which stresses equal rights for all minorities, including sexual ones. However, there is a sever gap between the legislation and its implementation. Laws and the constitution are accessible to those who have resources, education and networks. In South Africa, this generally means the white population.

“Black women living in poor areas are the most vulnerable group and often have the least access to protection through the legal system. Only one in 25 rape cases that are prosecuted in court leads to conviction”, says MA student Marc Dunnink.

He views it ironic that homosexuality as un-African is sighted by African leaders to justify homophobic sentiment yet the emergence of homophobia in Africa was strongly linked to colonial influence and is embedded in colonial laws which are still invoked.

“Clearly, homosexuality existed in early African history. But being gay then was not categorised or openly criticised in many communities. Homophobia increased in Africa when missionaries and colonial administrations categorized homosexuality as a perversity”, Dunnink remarks.

The NAI workshop was a part of an international project managed by UiT the Arctic University of Norway and funded by the Research Council of Norway. The research project, Globalizing Minority Rights, studies how to improve human rights protection across the world. NAI researcher Sirkku Hellsten is coordinating the working group on minority rights in the global South.

“Minority rights as such are a difficult concept. How can one determine who qualifies as a minority and is in need of special protection? Different minorities face different problems in different parts of the world – and there is always another minority within a minority”, Hellsten points out.

The 1948 United Nations (UN) Declaration of Human Rights stated that all human beings should have equal rights. Since then, additional groups have gained special collective rights; for example, women’s rights, indigenous rights, cultural rights, disability rights and many more. According to Hellsten, it is important to understand how these different categories of rights relate to each other and who has the duty to protect and promote them – individuals or states, or organisations like the UN or the European Union?

“Sometimes minority rights of different groups appear to be in conflict with each other. Some argue that sexual minority rights conflict with their cultural or religious rights. Whose rights have the priority and how much should cultural context matter? I think we would be better off going back to basics and simply talk about equal human rights for all individuals, as originally stated in the UN Declaration of Human Rights”, Hellsten concludes.