Kenyan 2017 elections: Ethnicity and multiparty politics – it’s all about the numbers 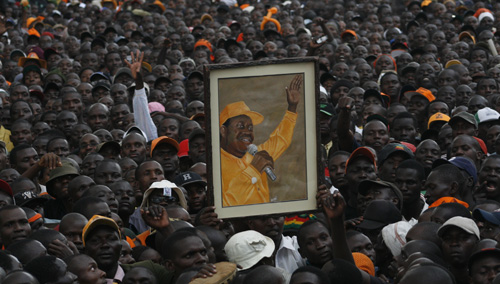 Kenya is preparing for its 13th round of elections since independence in 1963. The elections are scheduled to take place on 8 August, unless anything unexpected happens.

The most recent matter that might have caused a postponement was a court case over the legitimacy of a contract for the ballot papers with a Dubai company. The opposition National Super Alliance (NASA) coalition, however, lost this case in the Court of Appeal

External link. even though High Court judges had supported it.

During the final months of the campaign, in particular, there have been accusations and counter-accusations: the opposition is suspicious that the ruling Jubilee Party wants to rig the elections. The Jubilee Party, for its part, alleges that the opposition is trying to stall the electoral process with the court case as it is afraid of losing, despite the loud rhetoric of its campaign. There are also claims that the current government is dishing out ’goodies’ and misusing public resources to buy votes and ‘loyalty’.

The polls are looking much closer in the lead-up to the elections than they were about six months ago. As it has gained support, the NASA claims that it cannot lose unless the elections are rigged. Opposition leaders and supporters have already hinted that this time they will not accept defeat without resistance if there are any signs of electoral fraud. This has heated up campaigning and competition even further.

Kenyan politics are highly tribal and elections are based on ethnic alliances of the leading politicians, who use their own ethnicity to win the votes of other members of the same community. Given election-related tensions, violence has already broken out in various parts of the country

External link.. Many are afraid that it could reach the levels of post-election violence in 2007 – 2008, during which over 1,200 people were killed and around 300,000 were driven out of their homes to become internally displaced persons. In the parts of the country most affected by this ethnically based violence, many from minority ethnic groups that are not indigenous to those areas have already started to move out. Similar migration has also been reported from the slums of the capital Nairobi and other informal settlements in big towns. 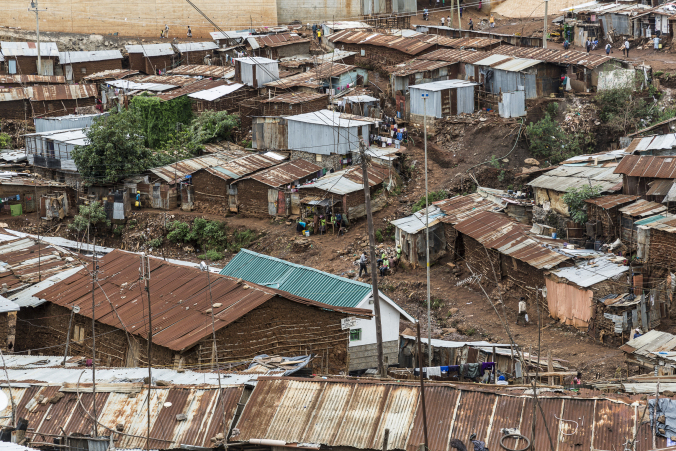 What has changed since the previous elections?

There is nothing new about the accusations, threats and fears that people have. However, much is at stake for Kenya. The country’s democratic system is on trial after confusing but nonetheless fairly peaceful elections in 2013, which were the first under the new constitution passed in 2010

External link..
During those last elections people still also had in their minds the violent horrors of 2007. Many were surprised to see two former ‘ethnic enemies’, Uhuru Kenyatta and William Ruto – who are now president and vice-president – form the Jubilee Alliance that guaranteed them the winning numbers because the opposition remained split. Their respective ethnic groups, the Kikuyu and Kalenjin, were engaged in most of the violence after the 2007 elections, against each other as well as against members of other tribes allied with the opposition. Kenyatta and Ruto subsequently went on trial at the International Criminal Court

External link. (ICC) for crimes against humanity for their alleged involvement in organizing the violence. The ICC trials became a major campaign issue in the 2013 elections, as both leaders claimed that the court’s investigations were external interference and direct attacks against their particular ethnic groups in Kenya. The court cases collapsed due to lack of evidence, and the disappearance and unwillingness of the main witnesses to testify. The 2013 elections, however, were very close: in the presidential election Uhuru won 50.5% of the vote against two opposition candidates. The result was contested in the courts but was upheld.

Today the country is deeply polarised and the atmosphere is heating up as the elections approach. As the numbers, ethnically speaking, are getting even with the two opposing alliances, both sides use all means available in campaigning, using language that is close to hate speech. The opposition has learnt from its failure in the 2013 elections that to reach an alliance to reach the numbers it has to remain united – despite the personal ambitions, suspicions and reluctance of its leading members from the various other ethnic groups in Kenya. The NASA brings together rival presidential candidate Raila Odinga’s Orange Democratic Movement (ODM) and the Luo vote, Kalonzo Musyoka’s Wiper Democratic Movement with the Kamba vote, as well as Moses Wetangula’s Forum for Restoration of Democracy-Kenya (Ford-Kenya) and Musalia Mudavadi’s Amani National Congress, which add Luyia support. For the opposition flagbearer Raila Odinga, now 72 years old, this is his fourth and probably final run at the presidency. He, his Luo community and other supporters feel that they have been cheated out of the presidency three times already and now it is their time to rule the country after years of Kikuyu and Kalenjin dominance – long-term authoritarian president Daniel arap Moi (1978–2002) was also a Kalenjin.

On the other side, the Jubilee Party is using the slogan Tuko Pamoja, Swahili for ’We are together’, to win votes across ethnic lines. Its attempts to carry a message of unity across ethnic divisions is not convincing many, as in practice it has seemed to apply mainly to the ethnic groups of the two leaders. In fact, there have been accusations of increased ethnic favouritism and discrimination under the current government. This has amplified people’s discontent. Other factors that are costing the Jubilee Party support are allegations of increasing corruption or at least lack of serious efforts to fight corruption. On top of this, despite the government’s claims of ‘increasing development’, the country is suffering from increased insecurity, with al-Shabaab- and even ISIS-related terror threats and attacks, tribally related conflicts in various parts of the country, wildlife poaching, violent crimes, etc. Also, unemployment and poverty levels have remained at record highs, while food prices have soared and many promised infrastructure improvements have been left waiting.

Kenya has always had tribal politics and since multiparty elections were first held in the country in 1992. The reality is that in the elections ‘the winner takes all’ when it comes to the use of public resources and power. Competition for votes according to ethnic loyalties and support is fierce because people know that most of the time only members of the ethnic groups in power have a chance of getting good positions in government and the civil service, and who benefit from public resources – or even tenders and business deals. In a manner of speaking, the electorate is hostage to its ethnic leaders and vice-versa. Many Kenyans are well educated and most of them aware of these problems and wish for a change. However, they do not see that they can affect the elections and improve their lives in any way other than by following these old patterns and casting their vote on ethnic lines rather than according to candidates’ previous performance or alleged corruption.

Thus, both main alliances now compete fiercely for the votes of the smaller ethnic groups in the country – with promises, gifts and sometimes intimidation – rather than with any consistent ideological political agenda or coherent policy plans. These are not needed as long as the ethnic loyalties can be relied on.

Overall, when the parties do not offer ideological alternatives, they become mere vehicles for political positions. Thus, they mushroom and multiply, forming alliances, which in turn become new political parties depending on the nature of the emerging ethnic alliances. For example, the Jubilee Alliance that brought together Kenyatta’s KANU (Kenya African National Union), the Party of National Unity and Ruto’s United Republican Party, and is now registered as the Jubilee Party. Similarly, the former opposition alliance in 2002 fell apart and Odinga’s supporters formed the ODM, which was later registered as ODM Party and now campaigns with other fairly recently formed opposition parties in the NASA. Keeping up with party politics in Kenya is an uphill struggle. Before revised legislation on the registration of political parties – the 2010 Constitution

External link. – at one point Kenya had over 200 registered political parties.

What makes the situation even more complex, is that according to the new constitution in the 8 August general elections, voters will elect not only the president and members of the National Assembly and Senate, but also county governors and county representatives. The establishment of governors and senators position, was intended to decentralise political power, but it has also brought fierce local political competition on resources and positions down to the regions.

The Independent Electoral and Boundaries Commission is in charge of the elections. However, people have serious doubts about its capacity and impartiality, because it failed to produce credible results in 2007 and 2013.

As the polls are quite even at the moment, the results of the elections are likely to be very close – if they are free and fair. In that event – or particularly if they inconceivably much towards a Jubilee Party win – the results are likely to be contested and post-election violence is not out of the picture.

By
Sirkku Hellsten, the Nordic Africa Institute
Francis Owakah, the University of Nairobi