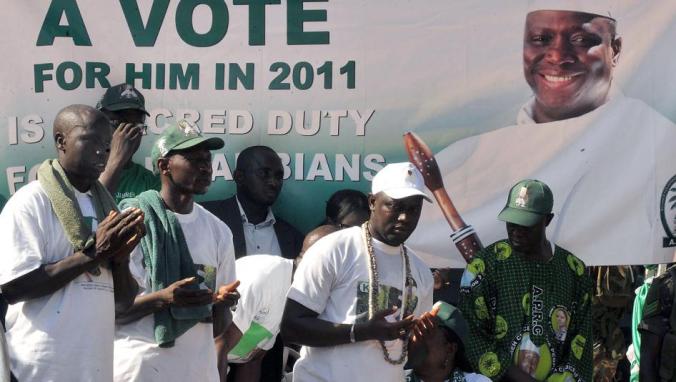 On December 1st, Gambia held a presidential election in what seemed as another victory for the then incumbent, Yahya Jammeh. Just as the fall of communism caught political analysts off-guard, the victory of the coalition over Jammeh was also another miracle that no one saw coming – not because the coalition lacked the support base, but because Jammeh has been accused of electoral fraud before. 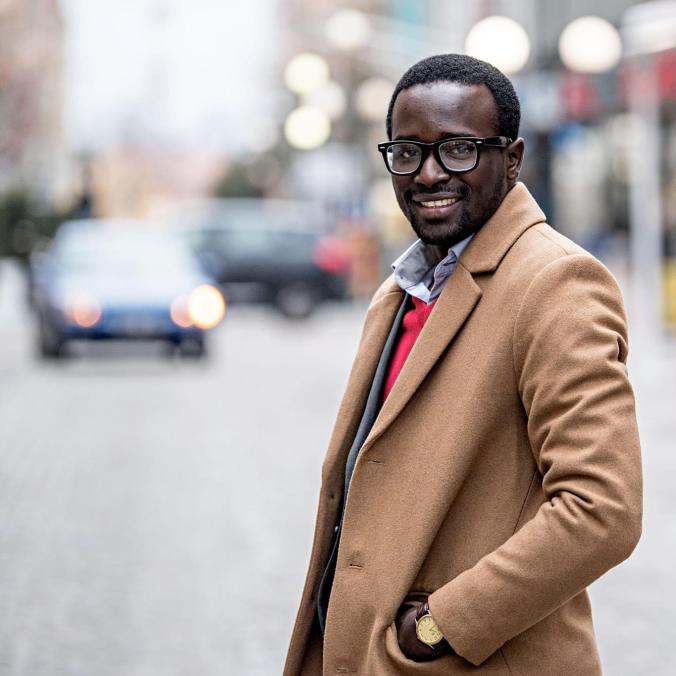 The Gambia gained independence in 1965 from Britain, and Sir Dawda Jawara became Prime minister, with Queen

External link. remaining as head of state until 1970 when Gambia became a republic and Jawara became its first President. The country enjoyed relative peace under Jawara’s thirty-year rule, but corruption and plundering of state resources was rife.

In 1994, Yahya Jammeh, with the help of some senior officers in the army, overthrew the weak government of Jawara and installed a military government until 1996 when elections were held and the military remained in power. Since then, the small West African country has not experienced any sign of democracy: torture, disappearance, exile, extra-judicial killings, patronage, cronyism, all became the order of the day, until Gambians took to the poll in last December, and ECOWAS came to their rescue by negotiating a peaceful exit for Jammeh, who is now in exile in Equatorial Guinea. But what are the challenges facing the country in its ambition to achieve a full-fledged democracy?

A couple of months after the coalition government led by Adama Barrow, who is a member of the United Democratic Party (UDP), was inaugurated, one of the first measures it initiated is the creation of a Truth and Reconciliation Commission (TRC), which undertook a study mission to Sierra Leone and Liberia in order to learn how these two countries succeeded in reconciling the warring factions after their civil wars. While Jammeh’s victims demand justice for the pain inflicted on them and their love ones, some of whom were exhumed from secret mass graves located few miles from Jammeh’s home village, The Gambia’s case is evidently different from that of Sierra Leone and Liberia.

While some Gambians are optimistic that the TRC would bring some light at the end of the tunnel, the government has faced criticisms for what other critics called “confused policy”.

The Gambia experience is unique in that neighbors who are of the same tribe reported each other to Jammeh’s secret police. This led to disappearance without any trace, extrajudicial killings, and torture. But for the victims, justice delayed is justice denied. This is why most of Jammeh’s victims are calling for swift actions to be taken against those who tortured for Jammeh; and so far, many alleged torturers have been arrested and are facing series of charges, ranging from abduction to murder. While these arrests continue, supporters of the former regime are alleging that they and their families have become victims of a government witch-hunt.

The dilemma of the TRC is two-fold: On the one hand, it has been viewed by Jammeh’s victims as a tool which gives immunity to the perpetrators, because most are still walking freely whilst the bureaucratic nature of the TRC drags on; on the other hand, any rush to deliver justice to the victims without due process of the law would offer critics and Jammeh’s supporters the maxim ‘Justice rushed is justice crushed.’ This is why the existence of a TRC has posed a great challenge on the country’s democratization process.

Last month, the country’s Attorney General and Minister of Justice, Abubakar Tambadou, promised that “[t]here will be justice for every victim of Jammeh.” Now the government faces challenges from identifying the perpetrators to serving justice to the victims without being accused of witch-hunting. As it seems, the victims demand more than reconciliation: they demand justice. However, given the magnitude of Jammeh’s atrocities, the work of the TRC would likely open up old wounds, leading to unrest in some parts of the country, as already seen in Foni, the region Jammeh comes from.

Furthermore, the demand for justice has divided the country, with some supporters of the new government saying Jammeh’s followers, most of whom are from the Jola tribe and concentrated in Foni, have had enough. The advantage with this new government is that it has taken both sides seriously.

The country faces the challenge of de-politicizing a heavily politicized and weak bureaucracy. After decades of bureaucratic degeneration, institutions, under Jammeh, became patchworks of a politicized clan, because Jammeh appointed and fired anyone at will, resulting to institutional inertia and nepotism. Restructuring the bureaucracy has led to heavy criticisms that the new administration is doing the same thing Jammeh did. With new pragmatist operators who have no experience in government, the bureaucracy is moving at a snail’s pace; nevertheless, there is a semblance of independence and non-interference by the executive arm of government.

The fact that there was no smooth handover of the bureaucratic functions of the former government to the new one, the latter faces enormous challenges as it embarks on depoliticizing the country’s bureaucracy, which accounts for about 7% of employment of the 400, 000 income earners.

In many parts of the developing world, the bureaucracy has become a gateway to political power. This is why its control can exert strong influence on the outcome of politics. In the case of The Gambia, the new government, despite criticisms, is managing to create a bureaucracy that will operate above party loyalty. After all, it is a coalition government that intends to represent all seven opposition parties that came together to form the coalition.

However, Halifa Sallah, the Secretary General of the second largest party in the coalition, the People Democratic Organisation for Independence and Socialism (PDOIS), said his party has distanced itself from any ministerial position

External link., citing the “separation of party and state matters”.

Mr. Sallah’s argument is not tenable, given the fact that ministers are supposed to provide the bureaucracy with political guidance. PDOIS’s absence from the cabinet can therefore be seen as the result of the ideological difference it has with the main party, UDP.

More questions on why PDOIS has refused to take up cabinet position remained unanswered. One thing is clear: PDOIS chooses to occupy the National Assembly in order to limit the power of the President and hold ministers accountable to their policies and programmes.

Alagi Yorro Jallow, a former Nieman Fellow at the Havard University, says the government needs to reduce the degree of “political control” in the bureaucracy, and that it should embark on creating fewer ministerial positions. Whether depoliticizing the bureaucracy could help ensure efficiency or not, is a debatable question. What is clear at the moment is that Gambians, even the supporters of the coalition government, are divided over the appointment of some senior bureaucrats, with others fearing a replica of the bureaucratic politics of the former regime – an over politicized bureaucracy.

So far there are about 17 ministers in a country of 1.9 million with less than half-a-million income earners. Considering the meager resources of the country, this number is very high. Sweden, which has a population of ten million, has 23 ministers. To cut expenditure and ensure efficiency, it is important that Barrow curbs the number of ministers and creates departments that will be run by experts and senior bureaucrats.

This is the first time in more than two decades that Gambians are able to express themselves about the ways and manners in which their government conducts its daily business. Recently, a political protest erupted in Foni, a Jola-dominated region and home to the former president, demanding the departure of ECOWAS military forces. The protest spiraled out of hand and one protester died when ECOWAS forces opened fire at them. Foni continues to be a political hotcake for the new government. And Serrekunda, the largest city, has also seen series of environmental protests recently – the first of their kinds in the country.

Another challenge confronting the country is the division of loyalty in the army. Last week, Omar Bojang, the spokesperson for the Army, said they have received intelligence from their Senegalese counterparts that army deserters, loyal to Jammeh, are planning on destabilizing the country

External link., but assured that the government of Barrow is monitoring their movements in the sub-region (Senegal, Mauritania, Guinea Bissau, Guinea Conakry).

While these cases are isolated, they are altogether signs of three things: the country is democratizing; the country is grappling with security challenges; and that the legacy of the former President is looming large in the country.

The Gambia faces transition to democracy, where the old ways of governance are being replaced with new ones that seek to include all and sundry; but given the nature of the political divide, including but not limited to the coalition supporters, the transition to a full-fledged democracy has not yet reached its climax. The good news is: Gambians are now free to exercise their political rights without fear of abduction.