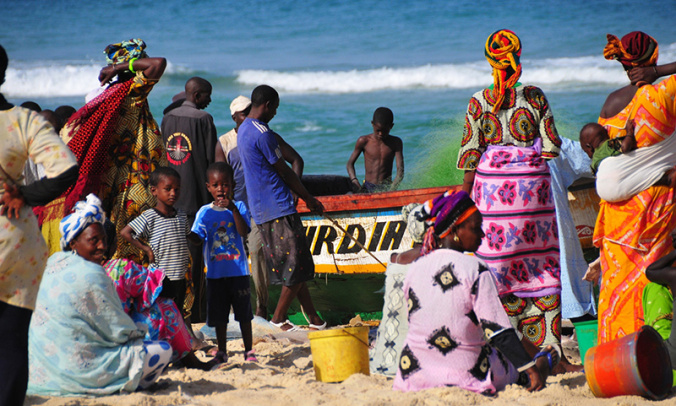 Lompuol, a fishing village not far from Thiès in Senegal. Photo: Goodwines, CC-BY-NC-ND 2.0

...or some reflections on the need and necessity to know and understand more in order to act better.

Last week, I attended the Africa Days at Dalarna University in Falun, Sweden. The keynote speaker was Henning Melber, previous director of the Dag Hammarskjöld Foundation, today senior advisor at the Nordic Africa Institute. He spoke of the difference between ‘African Studies’ and ‘Africa Studies’. In the former, it should be African actors – researchers, scholars and activists – who engage with and on the African continent, its countries, people and environments. To the latter, we count, apart from this critical mass, also us outsiders, us who do research on Africa.

In the discussion that followed, I pointed out to Henning that this distinction works in English but not in German or Swedish. In German, “Afrikanische Studien” would sound contrived, and the same goes for “Afrikanska studier” in Swedish. In Finnish, however, it works (Afrikan tutkimus). Maybe this comes across to you readers as a play with words and semantics, but there’s more to it than that.

The difference between ‘African’ and ‘Africa’ reveals the complicated relations between Africa and Europe. The very fact that European universities have master and phd programs called ‘African Studies’ uncovers a colonial past and approach to the African continent. In the African Studies Programs at the universities of the Western World, the professors are usually white-skinned. (Today there are of course also African Studies Programs at universities in India, China and Japan, but let’s leave out this fact that for now, we can come back to it some other time). These mostly white-skinned “experts” are the people who explain how things in Africa are and have been. They are the ones who lay down the law about how nothing works (of course it does!), why there’s famine (a more complex story, to which I shall return) and how the political, economic and social development ought to be.

In the German word ‘Afrikastudien’, and the Swedish ‘Afrikastudier’, this colonial connotation is less striking. And there is a longer distance between us and them, Europe and Africa. In accordance with Henning Melber, I pledge to:

a) be aware of this academic colonisation,
b) work against it by entering into dialogue with African colleges,
c) do what Robert Chambers already in the 1980’s encouraged us to do; Putting the Last First = put Africa in the center.

If you haven’t already noticed, there has been a paradigm shift in Europe. In the beginning of October, German Chancellor Angela Merkel embarked on a three-nation Africa tour. Not to escape trouble on the home front or in Brussels, but to initiate a new strategic partnership with Africa. These are her words in German national weekly newspaper Die Zeit (October 13th, 2016): “Wenn wir deutsche Interessen verfolgen wollen, müssen wir realistischerweise sagen, dass auch das Wohl Afrikas im deutschen Interesse liegt”. This can roughly be translated to mean that it is in the interest of Germany, as well as Europe, to promote Africa’s economic, social and political development, to remove the fundamental reasons as to why people in Africa decide to seek their happiness and future in Europe – mainly poverty and unemployment.

Merkel means business. Her Africa strategy is a continuation of her strategy to find a solution to the ongoing refugee crisis. But with one difference: The conflict in Syria demands another solution than the refugee question per se. Because the latter is mostly about people from Sub-Saharan Africa trying to reach Europe along the Mediterranean routes. To solve this problem we – Europe – have to invest in Africa’s future. Or, as Paul Collier, Merkel’s new advisor on African affairs, puts it: “We have to meet Africa at eye level and with respect, because only the Africans themselves can save their continent” (Die Zeit, 13 October 2016, page 7). Paul Collier, by the way – yes, it’s him – the Africa expert and Oxford professor who wrote the book Exodus: How Migration is Changing Our World.

What does this mean for us? Firstly, we have to become aware of that Europe’s future depends on Africa. Secondly, that Africa is a part of Europe. Thirdly, that Africa is within Europe. Meeting at eye level means equality and mutual respect. Africa being a part of Europe calls for critical self-reflection: why are EU trawlers allowed to empty fishing grounds outside of Senegal? Why is the EU dumping tomatoes in Ghana? In Senegal, fishermen lose their jobs, in Ghana the tomatoes rot on the fields because it is more expensive to can them in the abandoned cannery than to import cheap ‘Made in the EU’-cans with crushed tomatoes and tomato paste. Africa being within Europe means that the African diaspora has become a part of the European narrative and everyday life, it enriches our continent by exposing what we already are; hybrids and creoles.