Lessons learned from the pioneers of African unity 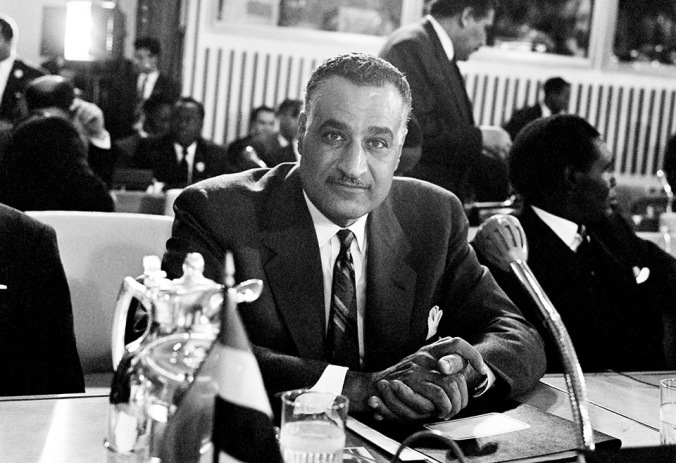 May 25th is a memorable day for Pan-Africanism. This is the day when, 53 years ago today, representatives of 32 African governments signed a treaty in Addis Ababa to establish the Organisation of African Unity (OAU).

Many meanings and ideas can be projected into Pan-Africanism, and indeed there has been, and will continue to be, a lively debate about the definition of this too often politicized term. However, the merit of such a debate is far less important to the discussion here than the fact that there are dimensions of Pan-Africanism, and also that Pan-Africanism has passed through many phases before its present phase where it is being celebrated as an ideology for African development. This conception of Pan-Africansim seeks and emphasises the unity and solidarity of all Africans for the purpose of African development.

Pan-Africanism gained prominence in Africa, especially in the 1950s, and became a veritable tool for anti-colonial struggles. The influence of Trans-Atlantic Pan-Africanism as a movement of ideas and emotions was remarkable. Much in this regard can be attributed to the efforts of black Pan-Africanists in diaspora. The pursuit of Pan-Africanism as a movement of liberation in the 1950s helped in promoting awareness about the essence of ‘African unity’. For example, there was broad consensus among African leaders on the need to promote the unity of African countries towards the total liberation of Africa. However, the movement towards African unity was evidently characterised by differences among African leaders.

The victory of the ‘moderates’

Although there were disagreements on such issues as the recognition of Algeria and the Congo crisis, only on the matter of the right approach to African unity were the views of African power elite irreconcilable. Radical leaders like Kwame Nkrumah of Ghana and Sekou Toure of Guinea advocated for political unification of the African continent as a strategic variable, in the struggle for the cultural and social development of the African peoples. The Pan-Africanist stand of Kwame Nkrumah was largely checkmated by the equally zealous, but more moderate, African leaders, whose vision of African unity was largely influenced by functionalist assumptions and propositions; that the unity of African states could only be achieved through a gradual and functional integration of the continent which must start at sub-regional levels.

The victory of the ‘moderates’ at Addis Ababa in May 1963, when the Charter of the Organization of African unity (OAU) was signed, was seen by the ‘radicals’ as a retreat for Pan-African consciousness. Pan-Africanism thus suffered defeat and was unable to get consolidated into a formidable continental-wide mass movement. This resulted in the domination of African development discourse by pseudo-nationalist orientations with negative consequence for Pan-African cooperation and regional integration. However, recently the African Union (AU), that replaced the OAU in 2002, began to show concern for the lost ideas of Pan-Africanism in African integration process and in African development generally. While the details of the AU‘s strategy for the revival of Pan-Africanism is not very clear yet, it suffices to commend its symbolic commitment to the relevance of Pan-Africanism including the official recognition of the African diasporas as the sixth region of Africa.

The demise of the territorial state in international relations and the increasing role of regional schemes in peace and development should necessarily provoke concerns and discussions on the status and role of Pan-Africanism in the promotion of regional approach to African development. The new thinking on African development should seek to promote Pan-African regional integration over and above pseudo- nationalist and state-centric notion of sovereignty. The establishment of the AU and to some extent the New Economic Partnership for African Development (NEPAD) reflect the new thinking in some respects.

The various efforts towards some forms of ‘African unity’ in the 1950s had their lessons for us. The Pan-African consciousness which spread across continental Africa during this period no doubt served as an integrative force, and provided the necessary background condition for the evolution of modern regional integration process in Africa. However, in spite of the initial success in the 1950s, African integration process suffered a setback in the 1960s. What brought about this set-back? Pan- Africanism suffered a decline on the continent during this period. There was a retreat from the Pan-African consciousness by many African leaders that preferred to pursue separate development plans within the confines of the artificial territorial boundaries. Noticeably, this pattern has been sustained over the years, in spite of the rhetoric by African leaders about the ideals of regional integration. In the past five decades or so most African states have pursued development as fragmented projects. Notwithstanding the unimpressive performance in African regional integration, the position advocated for here is simply that regional integration is very relevant to the needs of the peoples of Africa. In this regard, regional integration has to be redefined with serious consideration for the question of ‘African unity’ and its contemporary expressions which include the logic of “African renaissance”. Also, the new concept of ‘African unity’ must necessarily accommodate the African diaspora. Within this framework, the pursuit of ‘African Unity’ becomes the strategic variable in the process of African integration.

The Africans in diaspora has a long history of involvement in the affairs and developments of continental Africa. Various social, economic, and political transnational networks by African diasporas have emerged in the recent time to respond to the challenges of development in Africa which include political instability, insecurity, debt crisis, poor investment climate and financial crisis. Africans in the diaspora have developed fairly sophisticated strategies that mostly rely on civic networking involving segments of the transnational civil society rather than the agencies of the state even though there have been instances of some forms of collaboration or partnership with the state. Take for instance, the role and activities of the African-American groups in shaping U.S. policies toward Africa. The African-Americans constitute about 12 per cent of the US population. They form themselves into NGOs such as the Constituency for Africa to work with Congressional Black Caucus.

The Sixth Region of the AU

The issue of the inclusion of African diaspora in the AU was first muted in July 2000, when Senegal proposed inclusion of the group in the AU Constitutive Act as a sixth region of the continent. The proposal was debated and recommendation was made that support the full participation of the African diaspora in the programmes of the AU. Prior to that time this group has never been part of the various policies and programmes adopted by Africa. However, with the formal recognition of the Africans in the diaspora, it should be possible for the latter to participate in decisions affecting Africa and as well invest in the development of Africa. In response to the invitation from continental Africa, there is a rising consciousness and a perceived sense of inclusion among Africans in the diaspora who now feel included in the African Union.

The United Nations Economic Commission for Africa (UNECA) has been playing a significant role towards institutionalizing the involvement of the African diaspora in African development process. The UNECA’s efforts to create institutional arrangements that would best enable it to harness the involvement of the African diaspora in all its operations and activities are commendable. The AU and to some extent NEPAD share in the new thinking about the intrinsic link between democratic governance and regional peace and security which redefines regional integration to include collective concerns for issues of good governance, security, peace and order. This thinking that seeks to promote good governance over and above state-centric notion of sovereignty is also gaining ground among Africans in the diaspora. Networks of African diasporas have organized themselves to get involved as agents of conflict prevention and conflict management in troubled zones and post conflict societies in Africa.

There are challenges and constraints facing African development that require a more engaging Pan-Africanist approach. The challenges to African development at national, regional and global levels. For instance, at the global level, the international economic system is less friendly to African economies. Several global developments are already presenting African development with enormous challenges. At the country level is the problem of pervasive corruption and lack of good governance which has led to the declining credibility of most African governments. The weak governance environment in Africa is characterized by underdeveloped institutions of democratic accountability. This presents extraordinarily high risk for corruption.

The threat of persistent poverty

Development in Africa is regularly threatened by the persistence of poverty which poor governance has continued to perpetuate. This in turn creates insecurity with respect to decent livelihood and human survival. Poverty has not only reduced the ability of people to lead productive lives in Africa, it has also exacerbated identity conflicts along communal, ethnic, religious and regional lines. Within this context of the new thinking on the path to African development, the AU and NEPAD as well as other regional development initiatives should do more to promote interests in closer cooperation and regional integration among African countries.

Also, there are issues that require further research such as the relationship between Pan-Africanism and Africa’s contemporary development challenges, influence of the external environment on diasporic activities, the dynamics of transnational solidarity and extensive globalization, and the potential and actual capacity of the domestic forces such as the civil society to support or hinder the involvement of the African diaspora in African development. Further research is required in all these areas to help us understand the trends and patterns of African development.