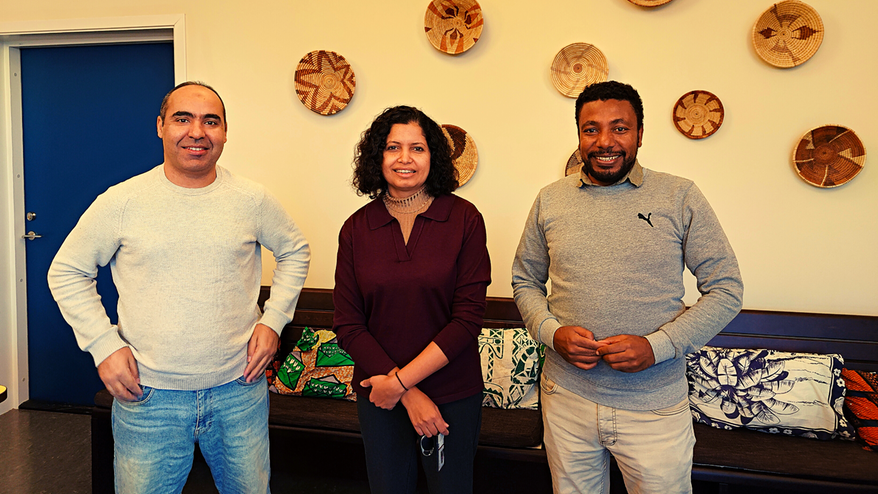 During this dialogue, which this time consists of two parts, we will get rich and detailed input and discussions around the relevant topic of climate change and the challenges it poses for African countries, as well as possible interventions.

First, Assistant Professor Abayineh Amare (Jimma University, Ethiopia) will present the status and factors affecting the adoption of multiple climate-smart agricultural practices among smallholder farmers in Ethiopia, based on his project “We are powerless against climate change: Adoption of Multiple Climate-Smart Agricultural Practices to adapt to climate change risks in Ethiopia”.

In the second part of the dialogue, Professor Mohammed El-fengour (Mohammed V University of Rabat, Morocco) will present his work on “The Impacts of Climate Change Affecting Vulnerable Mountain Areas in Northern Morocco”. This explores the climate change impacts on mountain areas and assesses the development projects established by public authorities to reinforce the resilience of the fragile areas in northern Morocco.

Dr. Shilpa Muliyil Asokan (Senior Researcher, NAI) will give reflections on both presentations during the dialogue.

Fika will be served downstairs in the NAI Library after the event.

Mohammed El-fengour is a full Professor at the University Institute of African, Euro-Mediterranean and Ibero-American Studies which belongs to the Mohammed V University of Rabat, Morocco. He got his Ph.D.in Physical Geography in 2009, habilitation in 2015, and Post-doctorate at the University of Santiago de Compostela in Spain in 2014, at Porto University in Portugal in 2016, and at Bologna University and Padua in Italy in 2017. Currently, he is a coordinator of the project “Reducing the Socio‐economic Impacts of Climate Change in Northern‐Morocco” with many partners around the EU.

Abayineh Amare is an Assistant Professor at Jimma University, Ethiopia, since 2018. Dr. Amare has conducted research in the areas of climate change-induced vulnerability, resilience to climate change, adaptation options, food security, index-based livestock insurance, and natural disaster management. He has also received numerous awards, including from the Africa Climate Leadership Program (AfriCLP), the Africa Climate Change Fellowship Program (ACCFP), and the DAAD In-Country Scholarship program. Currently, he is an awardee of the guest researcher scholarship program at Nordic Africa Institute working on the Adoption of Multiple Climate-Smart Agricultural Practices to adapt to climate change risks in Ethiopia.

Shilpa Muliyil Asokan is a Senior Researcher at the Nordic Africa Institute. Her research specialization is in the field of climate change and sustainable development, specializing on climate change adaptation, climate resilience and integrated water resources management. She has research experience in the field of Climate and Water in Africa, South Asia, Lower Mekong Region, Aral Sea region of Central Asia and Mediterranean region.

The dialogue series is organised by Pax et Bellum and Uppsala Peace and Development Students' Association (UPaD), in collaboration with the Nordic Africa Institute (NAI). No membership is required and the event is open to the public.

The dialogue is arranged by NAI, UPaD and Pax et Bellum.