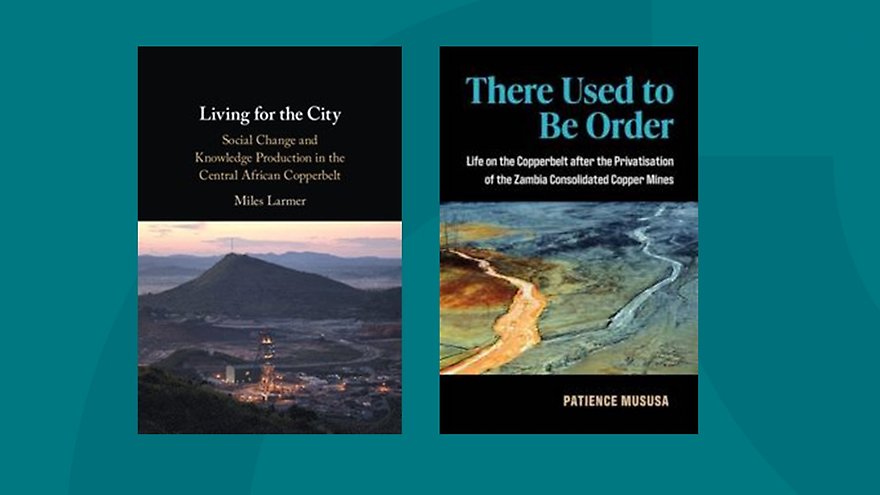 Africa’s Copperbelt has long been a locus for innovative research on urbanisation and social change in Africa. The Nordic Africa Institute and the AEGIS Collaborative Research Group on African Urban Dynamics invites you to a double book launch that engages in this tradition. It presents Living for the City

External link, opens in new window. (Cambridge University Press 2021) by Professor Miles Larmer of University of Oxford and There Used to Be Order

Living for the City is a social history of the Central African Copperbelt, considered as a single region encompassing the neighbouring mining regions of Zambia and the Democratic Republic of Congo. The Haut Katanga and Zambian Copperbelt mine towns have been understood as the vanguard of urban ‘modernity’ in Africa. Observers found in these towns new African communities that were experiencing what they wrongly understood as a transition from rural ‘traditional’ society – stable, superstitious and agricultural – to an urban existence characterised by industrial work discipline, the money economy and conspicuous consumption, Christianity, and nuclear families headed by male breadwinners supported by domesticated housewives. Miles Larmer challenges this representation of Copperbelt society, presenting an original analysis which integrates the region’s social history with the production of knowledge about it, shaped by both changing political and intellectual contexts and by Copperbelt communities themselves.

In There Used to Be Order, Patience Mususa considers social change in the Copperbelt region of Zambia following the re-privatization of the large state mining conglomerate, the Zambia Consolidated Copper Mines (ZCCM), in the mid-1990s. As the copper mines were Zambia’s most important economic asset, the sale of ZCCM was considered a major loss to the country. More crucially, privatization marked the end of a way of life for mine employees and mining communities. This account, unusual in its examination of middle-income decline in Africa, directs us to think of the Copperbelt not only as an extractive locale for copper whose activities are affected by the market, but also as a place where the residents’ engagement with the harsh reality of losing jobs and struggling to earn a living after the withdrawal of welfare is simultaneously changing both the material and social character of the place. Drawing on phenomenological approaches, the book develops a theoretical model of “trying,” which accounts for both Copperbelt residents’ aspirations and efforts.