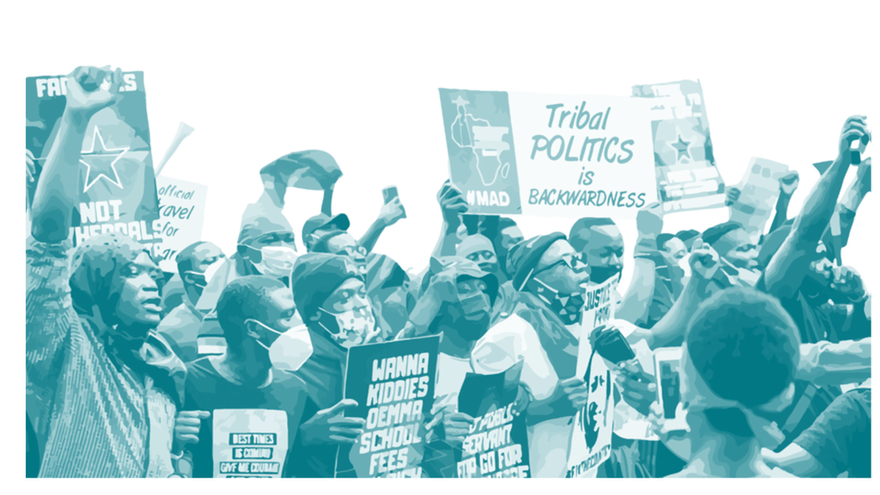 This webinar focuses on the role of youth and gender activism in Ghana from historical and contemporary perspectives. We explore the role of activism in relation to Ghana as a democracy and discuss what spaces youth and women take up when seeking to hold shifting governments accountable and demand change.

During the general elections held in Ghana in 2020, digital media played a prominent role and were especially used by the large groups of youth. Online media were also used to flag and promote candidates by women’s groups (especially young female political candidates), and were additionally used as a form of ‘internet vigilantism’ shifting or expanding organised violence to online platforms. Generally, youth have expressed their dissatisfaction with the ruling government with the campaigns such as #FixTheCountry showcasing development problems including unemployment, access to education and corruption. What kind of democratic space is online activism? And how does this form of activism reflect or depart from earlier forms of activism in Ghana? What larger trends of democratization in Ghana do these forms of activism represent?

In the 2020 elections, the main opposition party NDC (National Democratic Congress) had a woman as a vice presidential candidate Professor Jana Naana Opoku-Agyeman and a manifesto with a list of gender issues to be addressed including more women in politics and adoption of an affirmative action policy. However, the ruling party NPP (New Patriotic Party) won the elections. Which role did the focus on gender play in election campaigns? What is the status post-election of women in politics? What have the responses been from gender activists and the affirmative action coalition?

This webinar is co-organised by the Centre of African Studies, University of Copenhagen

This webinar is free and open for all, attendance by registration.