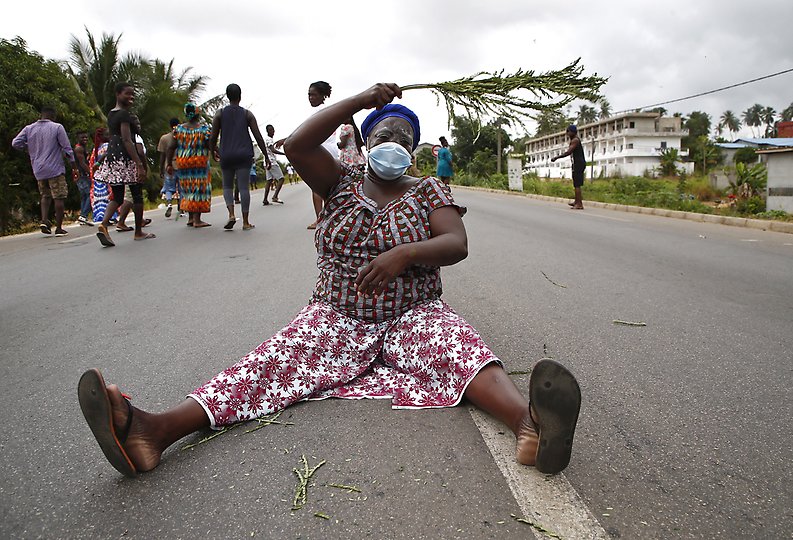 Bonoua, Côte d'Ivoire, 21 August 2020. A protest march against President Ouattara running for a third term in the next presidential elections. Photo: EPA/Legnan Koula.

As the Côte d’Ivoire’s 2020 presidential elections are approaching, the Nordic Africa Insitute is hosting a virtual panel discussion.

Côte d’Ivoire’s 2020 presidential elections are approaching, with a series of recent developments raising concerns of renewed conflict or democratic backtracking. The elections will be a confrontation between long-standing political rivals, while the prelude to the vote has seen opposition candidates exiled and disqualified, the death of the front-runner, and the incumbent deciding to run for a controversial third term. The otherwise fragmented opposition now seems to be joining forces and calling for civil disobedience against the Ouattara government.

This event is by invitation only.

On this backdrop, the Nordic Africa Insitute is hosting a panel discussion about the Ivorian elections, centred on three key questions:

The event will feature four invited speakers and there will be plenty of time for an engaged discussion. Chatham House rule will apply to this event.